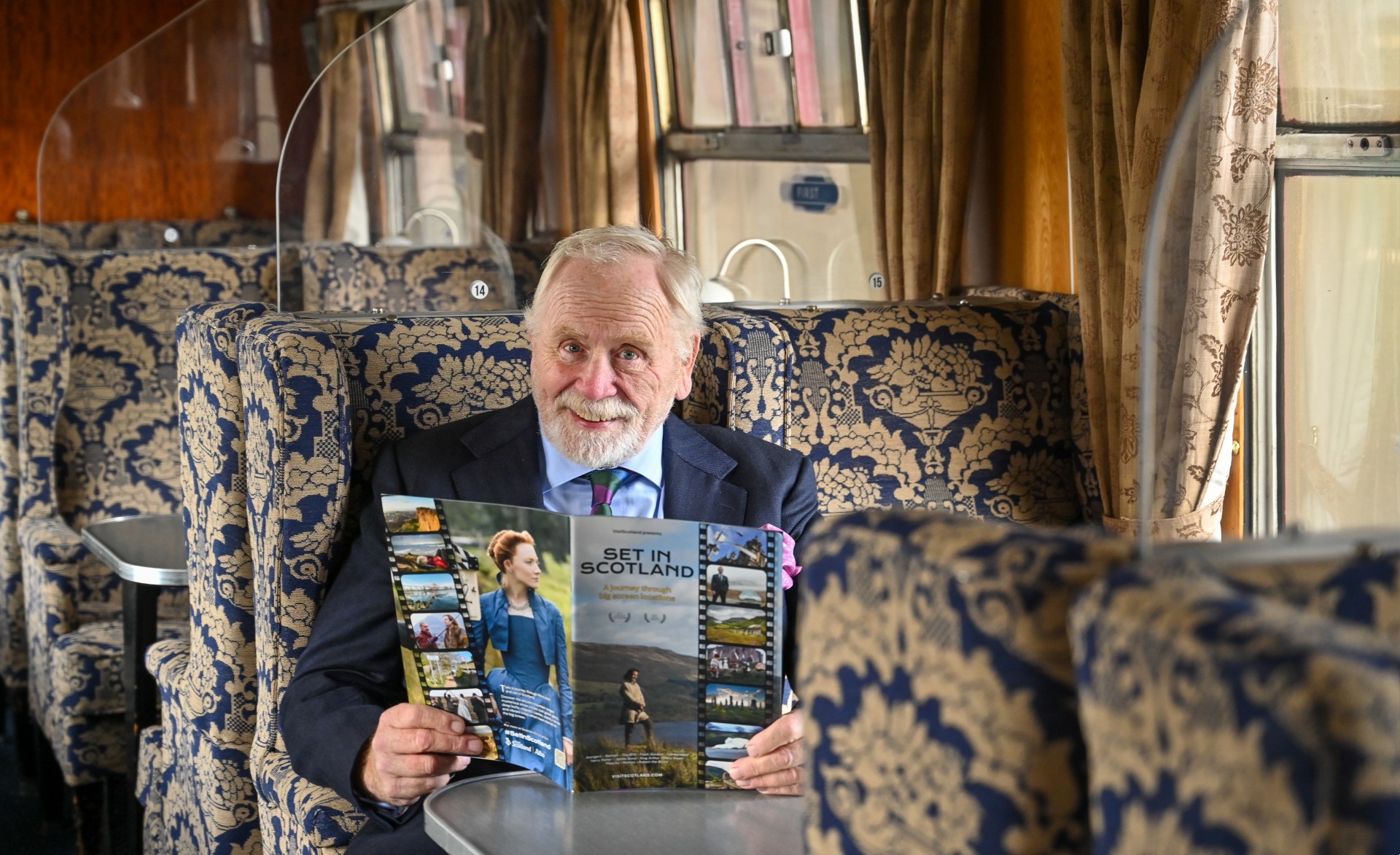 One of the stars of medieval epic blockbusters, Highlander, Braveheart and Outlaw King, and fantasy TV series, Game of Thrones, is fronting a new guide to filming locations in Scotland – in a bid to entice film fans. Scottish acting legend, James Cosmo, who has more than 200 screen credits over the past six decades, pens the foreword to the revamped guidebook, Set in Scotland, published by Scotland’s national tourism organisation, VisitScotland. he 52-page guide features more than 150 films which have been shot entirely or partially in Scotland – such as Braveheart, Skyfall, Avengers: Infinity War, Avengers: Endgame, Fast & Furious 9, and The Batman – and details more than 100 film locations. It can be downloaded from visitscotland.com/film.

To date, Scotland has appeared in five of the top 30 highest grossing films of all time, which have brought in a total of $10.6 billion at the box office worldwide. Among them are Avengers: Infinity War and Avengers: Endgame, which showed off Edinburgh’s gothic architecture and the quaint fishing village of St Abbs (which doubled for New Asgard) in the Scottish Borders, respectively.  Following the release of Avengers: Endgame, the fishing village is now ‘twinned’ with New Asgard. Its popularity with film fans has given a visitor bump to nearby nature reserve, St Abb’s Head.

The attraction, cared for by the National Trust for Scotland, saw a 25% increase in visitors, to 63,721, when Endgame was released in 2019. In the two years prior to its release, the attraction had on average 49,000 visitors. Last year’s visitor numbers remained above pre-Avengers levels at 58,862, despite the continuing impact of the COVID-19 pandemic.   Research shows that around one in five visitors (18%) from the USA and 13% from Canada visit a film or TV location while in Scotland. A recent report valued screen tourism at £55 million to the Scottish economy, based on those visiting film and TV locations, creating 1220 full-time jobs.

Screen tourism – or set-jetting – is a global trend in which film or TV fans are inspired to visit a location after seeing it on screen. It comes in the form of visiting the exact filming location or providing the general motivation to book a holiday to the destination. The trend is long-term, with many visitors citing film titles released long before their trip as motivation, and so can provide ongoing financial support to the regions and businesses linked to popular locations.  On the small screen, Starz TV series Outlander, based on the best-selling books by Diana Gabaldon, has resulted in a huge boom to screen tourism in Scotland since its first broadcast in 2014, particularly from US and Canadian visitors. Visits to Outlander film locations and attractions rose from 1.47 million in 2014 to 3.2 million in 2020.

Actor James Cosmo writes in the foreword: “Throughout my career I have been privileged enough to be involved in many [films] that have made a real connection with audiences worldwide. People still come up to me while in Scotland and tell me they are here because they watched Scottish films such as Braveheart or Highlander. And what is wonderful, is that the films are only the starting point. They then form a strong connection with the real country – it may be because of their ancestors or the feeling they get while they’re here. That stays with them.”

Set in Scotland covers the last 90 years, from Alfred Hitchcock’s 1935 version of The 39 Steps, in which UNESCO World Heritage Site, The Forth Bridge, appears, to The Road Dance, which was filmed on the Isle of Lewis in the Outer Hebrides during the pandemic and released in May this year. Alien, Avengers, Batman, Fast & Furious, and James Bond, are among the global film franchises to have come to Scotland. The guide labels each film by genre, features web links to film themed content on visitscotland.com, and contains a new section, Monarchs of the Glens, which focuses on those films linked to Scotland’s kings and queens, from Shakespeare’s Macbeth to the Oscar-winning The Queen.

After the release of medieval epic Braveheart (1995) about Scottish freedom fighter William Wallace, the National Wallace Monument in Stirling, which commemorates the life of William Wallace, reported visitor numbers leapt from 80,000 a year to nearly 200,000 in 1996.  For the 10-year period from 1996 to 2005 the average annual number of visitors to the National Wallace Monument was 135,000, and it has remained above 100,000 over subsequent years.

Dan Brown’s 2003 novel, The Da Vinci Code, had a huge effect on Rosslyn Chapel, in Midlothian, near Edinburgh. Visitor numbers increased by 72 per cent, from 68,603 in 2004 to 118,151 in 2005. In 2006, following the release of the film directed by Ron Howard and starring Tom Hanks, visitor numbers reached 175,053, providing a major cash injection for conservation work at the site.

For more on screen tourism and to download Set in Scotland: www.visitscotland.com/film