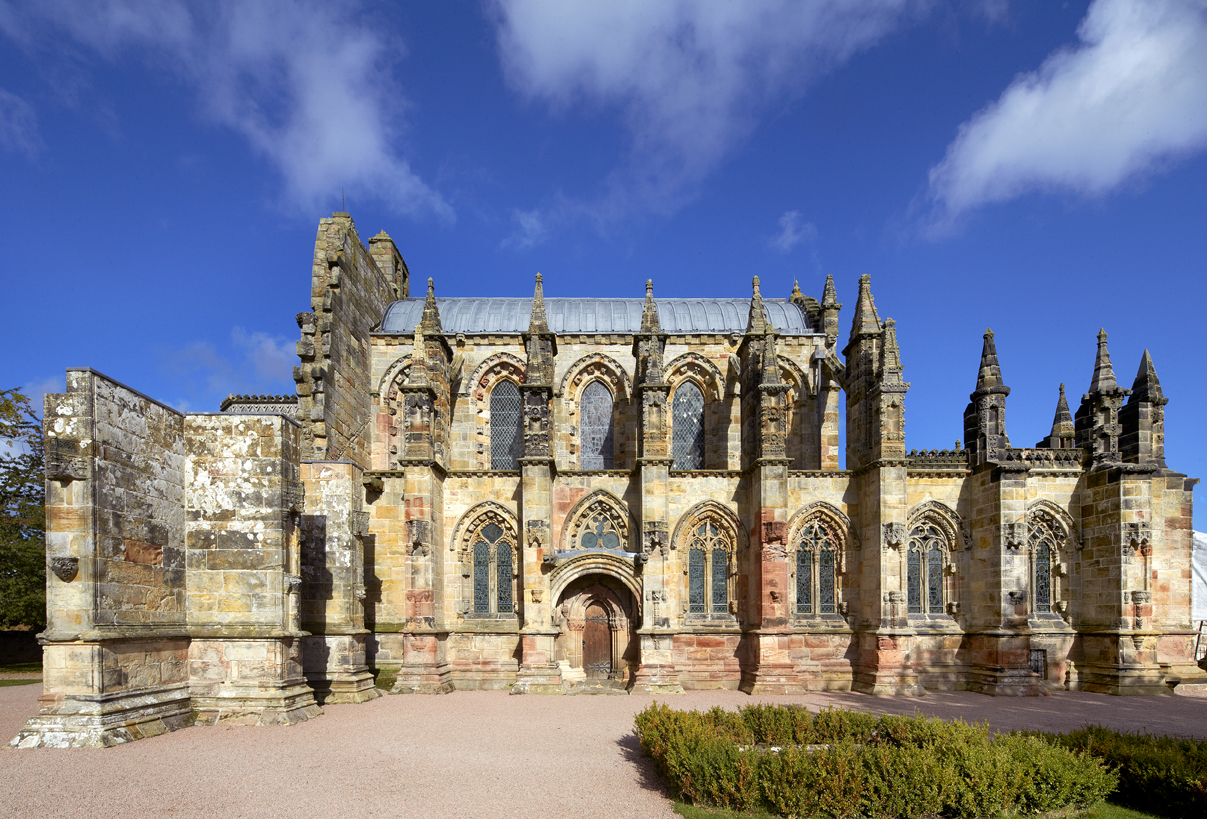 People around the world are being invited to share a story about Rosslyn Chapel, as part of Scotland’s Year of Stories 2022, with the aim of adding a variety of personal reminiscences to the Chapel’s archive.

Rosslyn Chapel, which was founded in 1446, has featured in a number of stories, most notably Dan Brown’s novel, The Da Vinci Code, which led to a large increase in visit to the Midlothian site. The Chapel has, though, attracted visitors for generations, with early visitors recording their stories in travel journals. In one of the earliest, Thomas Kirk describes the story of the Apprentice Pillar in his Tours in Scotland, dated 12 August 1677. Now, Rosslyn Chapel Trust is looking to add stories and memories of more recent visits to its archives.

Pass it on to future generations

Ian Gardner, Director of Rosslyn Chapel Trust, said: ‘We often hear stories and memories about Rosslyn Chapel and now we want to record these for the future as part of our archive. This year, designated Scotland’s Year of Stories 2022, provides the perfect opportunity for us to do that. Whether you have visited in the past, or attended an event, a church service, wedding or concert, please share your story with us so that we can pass it on to future generations’.

Stories can be emailed to [email protected] or shared through Rosslyn Chapel Trust’s Facebook page. A selection of stories will be published on the Chapel’s website.

Rosslyn Chapel was built for Sir William St Clair and was incomplete when he died in 1484. The beauty of its setting and the mysterious symbolism of its ornate stonework have inspired, attracted and intrigued visitors ever since. The Chapel came to worldwide prominence when it featured in the novel The Da Vinci Code and the subsequent film. The Chapel is open to visitors daily and tickets can be booked on the Chapel’s website www.rosslynchapel.com

Led by VisitScotland, the Year of Stories 2022 sustains and builds upon the momentum of preceding Themed Years, showcasing a nationwide programme of major events and community celebrations.  Scotland’s Year of Stories 2022 spotlights, celebrates and promotes the wealth of stories inspired by, written, or created in Scotland.