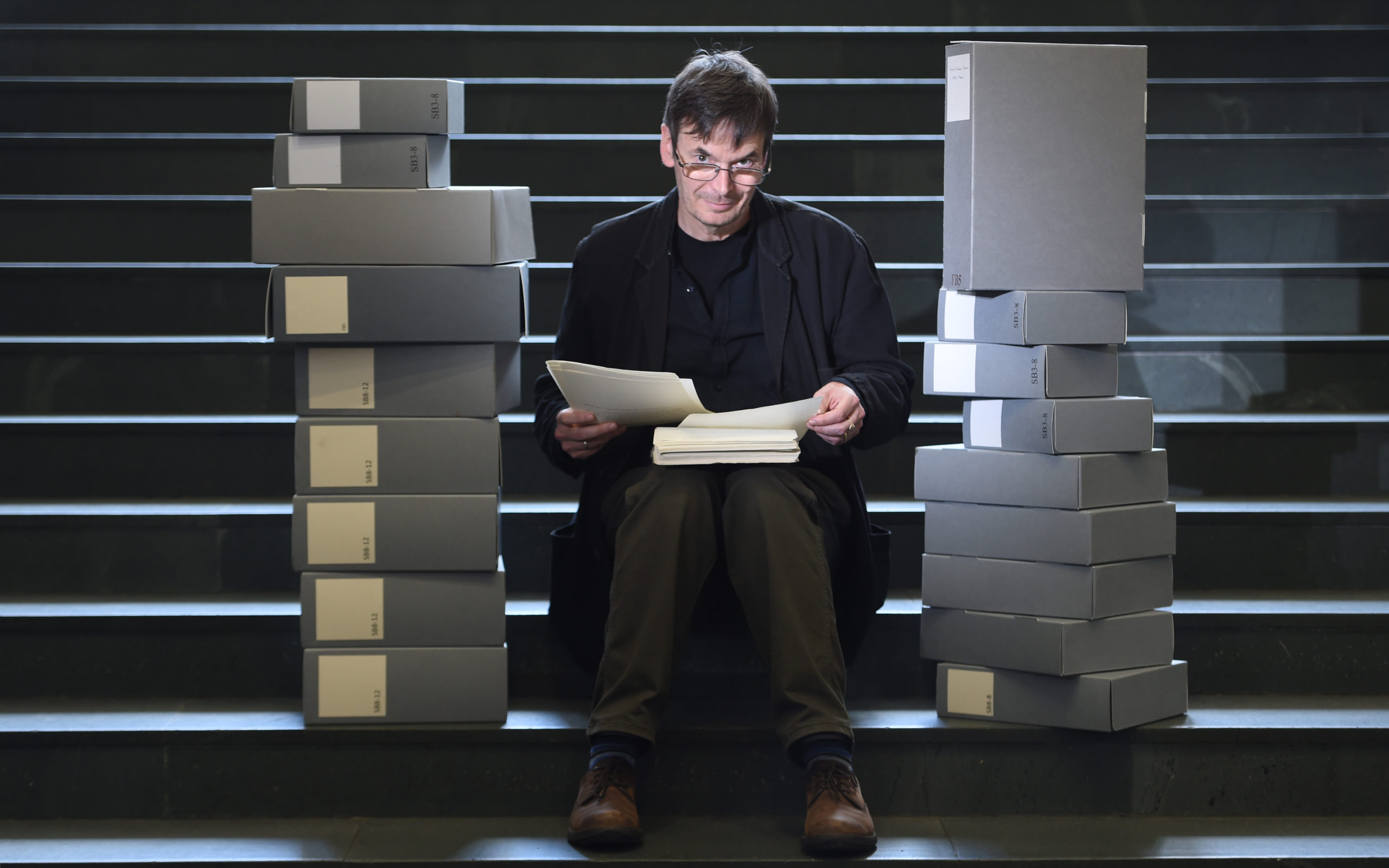 A selection of items from Ian Rankin’s literary archive has gone on display at the National Library of Scotland. Rankin – a crime writer of international literary success and renown – donated his archive to the Library in 2019, and also paid for a post to catalogue the collection. Since then, the Library has made most of the archive available for consultation at the reading rooms, and the forthcoming ‘Collections in Focus’ display will highlight just a taste of what’s in store for anyone who wishes to delve into the archive.

Manuscripts Curator Dr Colin McIlroy said: “For more than 30 years, Detective Inspector Rebus and other recurring major characters have captured the minds of millions around the world. Rankin enjoys a loyal following of people who are in love with his version of Edinburgh. The sense of place he has created is profound – anecdotally, we know many readers feel they have an intimate knowledge of the city without ever having been here. The world of Rebus and other characters had their genesis in the Library’s reading rooms, and it makes it all the more fitting – and thrilling – that documents chronicling decades of this writer’s thought processes are back home at the Library. We look forward to sharing some of the highlights on display.”

The archive is substantial

The size of the archive is substantial – in Library shelving terms it equates to 21 feet of archival material. Alongside working drafts of his novels, the archive also contains Rankin’s correspondence with other writers, and unsurprisingly, correspondence with police officers. Almost as famous for his music tastes as his writing, the archive also contains clues as to what Rankin might have been listening to while working on a particular novel, or what societal conundrum he was seeking to make sense of at the time. But as a whole, the archive provides tremendous insight into the working mind of a novelist, from early career to the top of their game.

Dr McIlroy adds: “It contains what people would typically expect – drafts of novels with handwritten notes to help guide the next draft. But it also includes the unexpected, such as highly critical notes to self. We’re truly indebted to Ian for including this oftentimes personal material. Emerging writers should take note, and comfort, that – even for successful authors – the writing process invariably involves a degree of internal struggle and self-criticism. But from this, it compels a writer to push themselves further. Where Rankin is concerned, the results speak for themselves.”