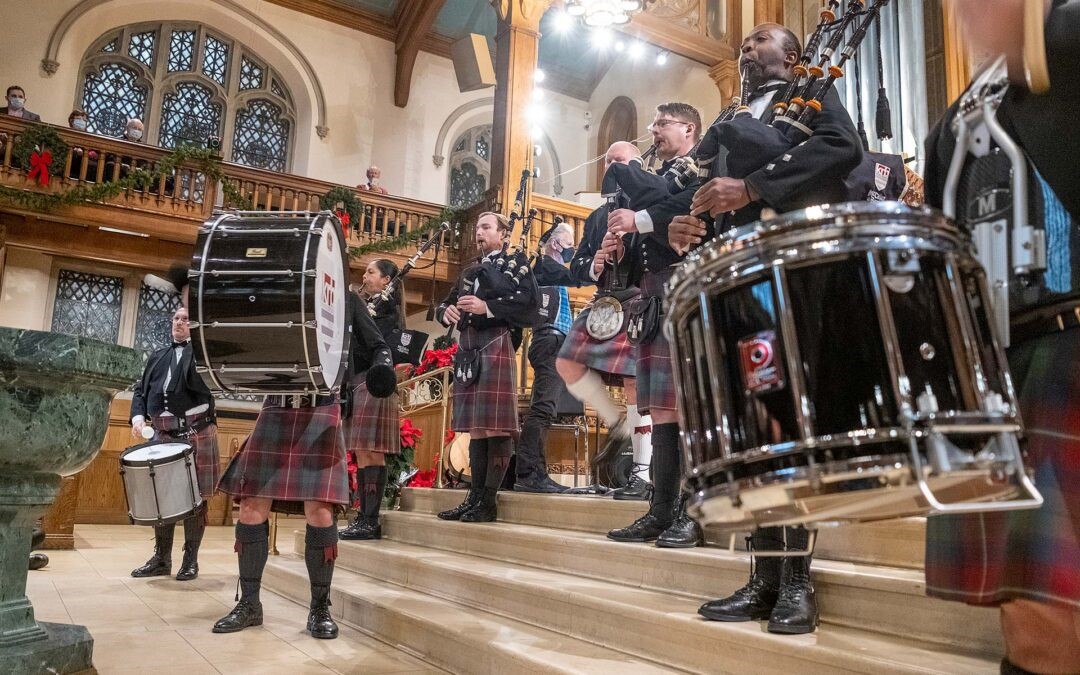 The Pipes of Christmas will celebrate its 24th joyous season with performances in New Jersey and New York this December. The holiday favorite opens on Saturday, December 17 at Madison Avenue Presbyterian Church, located at 921 Madison Avenue (at 73rd Street) for two performances at 2 and 7PM. The concert moves across the Hudson River on Sunday, December 18 to Central Presbyterian Church located at 70 Maple Street in Summit, NJ also with performances at 2 and 7PM.

In preparation for the concert’s return, producers have launched a GoFundMe campaign to help cover financial deficiencies brought about by two years of weathering the global Covid pandemic. Proceeds from the concert support an extensive music scholarship program, which include annual gifts to the National Piping Centre and the Royal Conservatoire of Scotland (both located in Glasgow, Scotland) the Gaelic College of Nova Scotia and the Carol Hassert Memorial Fine Arts Scholarship at Summit (NJ) High School.

Proceeds also support the annual Tartan Day on Ellis Island celebration and the Society’s sponsorship of the US National Scottish Harp Championship, the Gaelic Literature Competition at Scotland’s Royal National Mod, and an academic research prize at Sabhal Mòr Ostaig, Scotland’s Gaelic college on the Isle of Skye. The concert is also seeking Title Sponsors as well as Program Advertisers. These gifts help offset production expenses and outreach programs.

Celebration of the Christmas season and the Celtic spirit

Tickets will soon be available. GoFundMe donors will receive priority notice of ticket availability. As an extra incentive, donors exceeding $100 or more will also receive a specially produced downloadable EP featuring music from past concerts never before released. The EP features two remastered tracks from the Pipes’ highly acclaimed 2020 virtual concert, which was a finalist in Scotland’s 2021 MG Alba Trad Music Awards. O Holy Night features Scottish tenor Jamie McDougall and was recorded at Glasgow Cathedral. Famed Gaelic singer, Christine Primrose’s Lenabh an àigh, or Child of Joy, was recorded on the Isle of Skye.

Additional tracks from last year’s concerts in New York City and New Jersey include holiday favorites from the Blandford Pipe Band of Redlands, California; the US National Scottish Harp Champion Rachel Clemente; and a rollicking Traditional Set arranged by Steve Gibb from Inverness, Scotland and performed by top musicians.

The concert has been lavished with critical acclaim. In his review for Classical New Jersey Magazine, Paul Somers wrote, “The whole evening was constructed to introduce gem after gem and still have a finale which raised the roof. In short, it was like a well-constructed fireworks show on the Glorious Fourth. The Westfield Leader described the concert as “a unique sound of power and glory nowhere else to be found.”

For more information on the Pipes of Christmas visit: www.pipesofchristmas.com