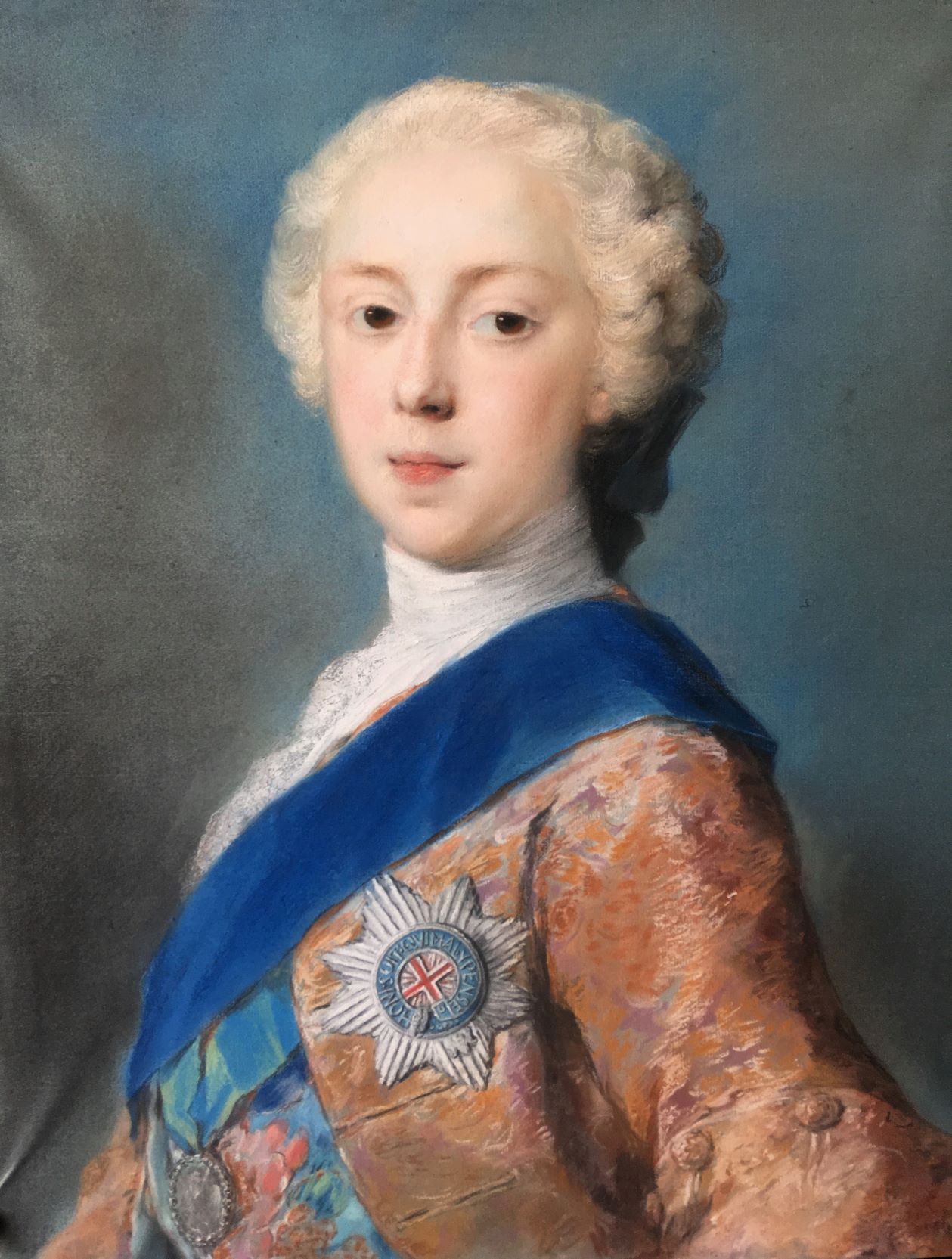 The overwhelming impression of the man looking out from the portrait is one of sadness. The stare doesn’t quite meet the viewer’s eye, the cheeks are jowly and the eyes droopy and hooded. His lacy cravat and blue sash seem half hidden, as if embarrassed to be there.  It’s a quite extraordinary contrast from the portraits painted a few decades earlier where a confident, sometimes almost impish young man stares out of the frame, sash and medals prominent across his chest. This is Bonnie Prince Charlie, painted in 1786 by artist Hugh Douglas Hamilton in Rome where he was living in exile, just two years before he died.

It is one of 16 paintings spanning four generations of the House of Stuart, which are on show at the West Highland Museum in Fort William until October. They start with James VIII, the Old Pretender, and his wife Princess Clementina Sobieska, through their son, Charles Edward Stuart, to his daughter, Charlotte, the Duchess of Albany and her daughter, Princess Marie Victorie de Rohan.

That most pivotal character in Scottish history

But while he may look sad, according to Peter Pininski, chairman and founder of the Liechtenstein-based Pininski Foundation which owns 11 of the paintings in the exhibition, that appearance is a little deceptive. “It is a fantastic picture. It shows an old man as he was, with no attempt to beautify or make him more ugly and that’s actually very important with the history of portraiture of Charles Edward Stuart.” The Stuart line had been deposed from the British throne in the time of Charles’ grandfather James VII (or II of England) over fears that he was about to re-introduce Catholicism to the country. The English parliament invited the Protestant William and Mary over to rule instead in 1688. The ancient Stuart line had lived in exile in continental Europe ever since. James had died in 1701 and his son, also James, took on the mantle of the Stuart claim, leading an unsuccessful attempt to reclaim the throne in 1715.

“When Charles’ father was alive – and he didn’t die until 1766 – he would tell artists what they should do,” explains Count Pininski. The most extreme example, he says, comes from 1729 when James commissioned artist Antonio David to paint Charles and his brother Henry but said to make them look three years older so it wouldn’t go out of date so quickly. “He does look sad,” says Count Pininski of the 1786 portrait. “But you must remember he wasn’t. This was the very beginning of the final and happy stage of his life.”

Sometimes it feels as if Bonnie Prince Charlie, that most pivotal character in Scottish history, made his entrance in life at Glenfinnan in 1745, raising the standard for his father’s cause, and exited it as he disappeared in Flora MacDonald’s boat heading for Skye after defeat at the battle of Culloden in 1746.

But in fact, the prince had an extraordinary and turbulent life both before and after fighting at the head of a Jacobite army at the last serious attempt by the Stuarts to retake the British throne. Count Pininski, author of a new book, Bonnie Prince Charlie: His Life, Family, Legend and a descendant of the prince, says his life can be separated into several distinct phases. The first, as a small child, was happy, being cared for by a group of women and seeing his beloved mother, Princess Clementina Sobieska, often. After the age of four, though, he was put under the strict care of two Jacobite Scottish nobles, Lord Dunbar and Lord Inverness, who restricted Charles’ access to his mother, while factions opposing the pair indulged the boy in the hope of undermining them. All of which combined with his father’s suffocating presence led Charles to become something of a brat. “Perhaps for understandable reasons he was a spoilt, difficult immature boy.”

This changed in 1737 when Charles was sent off to tour the northern Italian states. “No sooner was Charles out from under his father’s slightly suffocating wing then his behaviour totally changed. It was as if he had matured as a man ahead of his years,” says Count Pininski. Gone was the petulant child and in his place was a modest, intelligent, charismatic young man. And this was the youth who was painted by Venetian artist Rosalba Carriera, the most celebrated female artist of her day, in 1737, which is also in the exhibition.

It was one of only three portraits which can be definitely said to have been painted from life – another is the 1787 portrait. And it was this new “heroic” Charles which took the Jacobite cause to the brink of victory in the 1745 Rising but which ended in defeat at Culloden. But in its wake comes the darkest period of his life. Distraught at the heavy price the Highland people who had backed him were paying and unable to convince the French to launch a new assault, Charles turned to alcohol and two love affairs. “He let off steam by way of these two love affairs, both with cousins on his mother’s side, and heavy drinking.” Two years later he was expelled from France and his love affairs ended, leaving him more reliant on the bottle.

In the 1750s, he resumed his relationship with an earlier Scottish lover Clementina Walkinshaw and she bore him a daughter, Charlotte. But the couple’s relationship broke down due to Charles’ drinking and behaviour. Mother and daughter went to live in a convent in France; Charles refused to recognise Charlotte as his daughter but still forbade her from marrying or becoming a nun. His volatile temperament due to his drinking at a meeting with the French in 1759 meant they abandoned any ideas of including him and his claim in a planned invasion of Britain. And in 1772 Charles married Princess Louise of Stolberg-Gedern. The much younger princess was supposed to produce an heir but that did not happen and eight years later she left him amid claims of abuse. But just as his life was looking unremittingly miserable, a momentous change happened. “In 1784, he invited Charlotte back into his life. He had forbidden her from marrying or becoming a nun but he didn’t explain why” says Count Pininski.

Charlotte was his Plan B in case a male heir didn’t appear, his reasoning behind now inviting her back into his life. He legitimised her and made her the Duchess of Albany. “She was amazed, she had given up all hope,” Count Pininksi continued. But Charlotte became more than a dynastic tool for Charles. “She was a wonderful influence on him. She coaxed him out of his drinking and back into a relationship with his brother Henry, a relationship which had appeared broken beyond repair for years.” The 1787 portrait, along with one of Henry, a Cardinal, were to be used to create a double pair for each brother to have.

So, Charles’ final years were happy ones, alcohol free and reconciled with his daughter and brother. Sadly, Charlotte died not long after her father – and she had a secret that she had never revealed to the prince. During her years in exile, she given birth to three illegitimate children – their father was an archbishop and as both were forbidden to marry, the link with the prince remained a secret only uncovered by research by Count Pininski 20 years ago in his book, The Stuarts’ Last Secret: The Missing Heirs of Bonnie Prince Charlie. Charlotte’s daughter Princess Marie Victorie de Rohan is the final generation of this extraordinary family pictured in the exhibition.

Main photo: A recently discovered portrait of the prince by Rosalba Carriera.