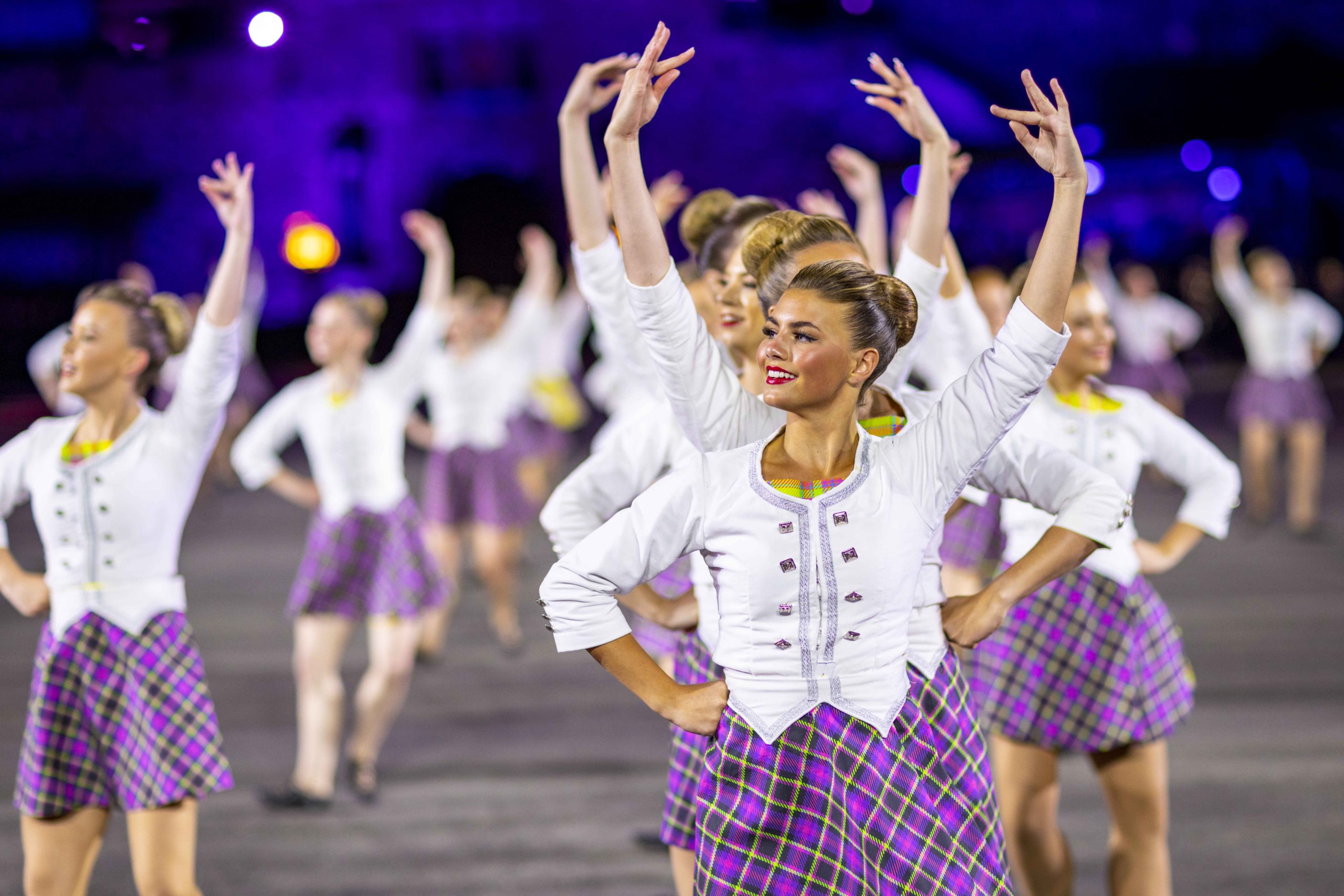 Performers from across the globe wowed audiences with sensational music, dance, costume, and spectacle as The Royal Edinburgh Military Tattoo made its highly anticipated return with this year’s Show, Voices. More than 900 performers graced Edinburgh Castle’s Esplanade to celebrate expression and share their creative voice, this year’s Royal Edinburgh Military Tattoo is a celebration of expression, giving a stage to performers and acts from around the globe to share their voice. Voices drew inspiration from people across the globe who, despite physical separation, continue to connect and share their voices creatively through spoken word, song, music, and dance – languages common to all.

This year’s performance marked the inaugural Show from the Tattoo’s new Creative Director, Michael Braithwaite who alongside new creative production partners introduced a brand-new approach to the pre-show with street style drummers welcoming audiences onto the Esplanade. For the very first time there was staging on the Esplanade and soundscapes tying each spectacular performance together, with the Show opened with original composition and vocals from The Highland Divas.

Audiences experienced stunning musical and cultural showcases from performers from Mexico, The United States, Switzerland, Germany, Canada, Australia, and New Zealand, alongside homegrown talent from the UK at the centre of it all.  Musicians from the Army were reinforced by, the UK’s finest military musicians, the legendary musicianship of the Massed Pipes and Drums echoing across the Esplanade and the dazzling talent of the Tattoo Dancers and Tattoo Fiddlers. The Tattoo performers also gave an exhilarating performance of Shake that Bagpipe with never-before-seen at the Show, Electro Pipes, taking centre stage with a DJ and a high energy, colourful dance act.

A celebration of the connections, cultures and languages

Buster Howes, Chief Executive of The Royal Edinburgh Military Tattoo, said: “Seeing the Castle Esplanade come alive with the colour, music, word-class talent and of course, for our audiences to once again join us, is exactly the come-back we wanted. We set out to ensure that the 2022 Tattoo was a welcome return and a celebration of the connections, cultures and languages that bring people together time after time on the Esplanade of Edinburgh’s 3,000-year-old fortress. I’m sure everyone will agree we have done just that. I’ve been blown away by the talents on display and I’m confident the audience were able to feel the electric atmosphere on the Esplanade.”

International performers this year included Tattoo favourites the New Zealand Army Band who returned with this year’s dynamic performance, marking their seventh appearance on the Castle Esplanade. Banda Monumental stormed the stage with over 100 performers bringing stunningly dramatic costume and the bright carnival atmosphere of Mexico to their show stopping performance. Swiss drumming sensation, The Top Secret Drum Corps again captivated audiences with their energetic precision drumming which has received global recognition since their first performance with the Tattoo in 2003.  While The United States Air Force Honor Guard, the official ceremonial unit of the Air Force, made their return to the Tattoo this year with its lively display of precision drill.

Playing a vital role in this year’s show were Tattoo newcomers and world-renowned performers The Highland Divas whose vocals were used throughout the show in soundscapes. Audiences were treated to a unique musical journey that showcased the best of the Divas awe inspiring voices. The United States Army Field Band also made their Tattoo debut bringing military mash-ups of traditional and contemporary hits to the Edinburgh Castle Esplanade for the very first time.