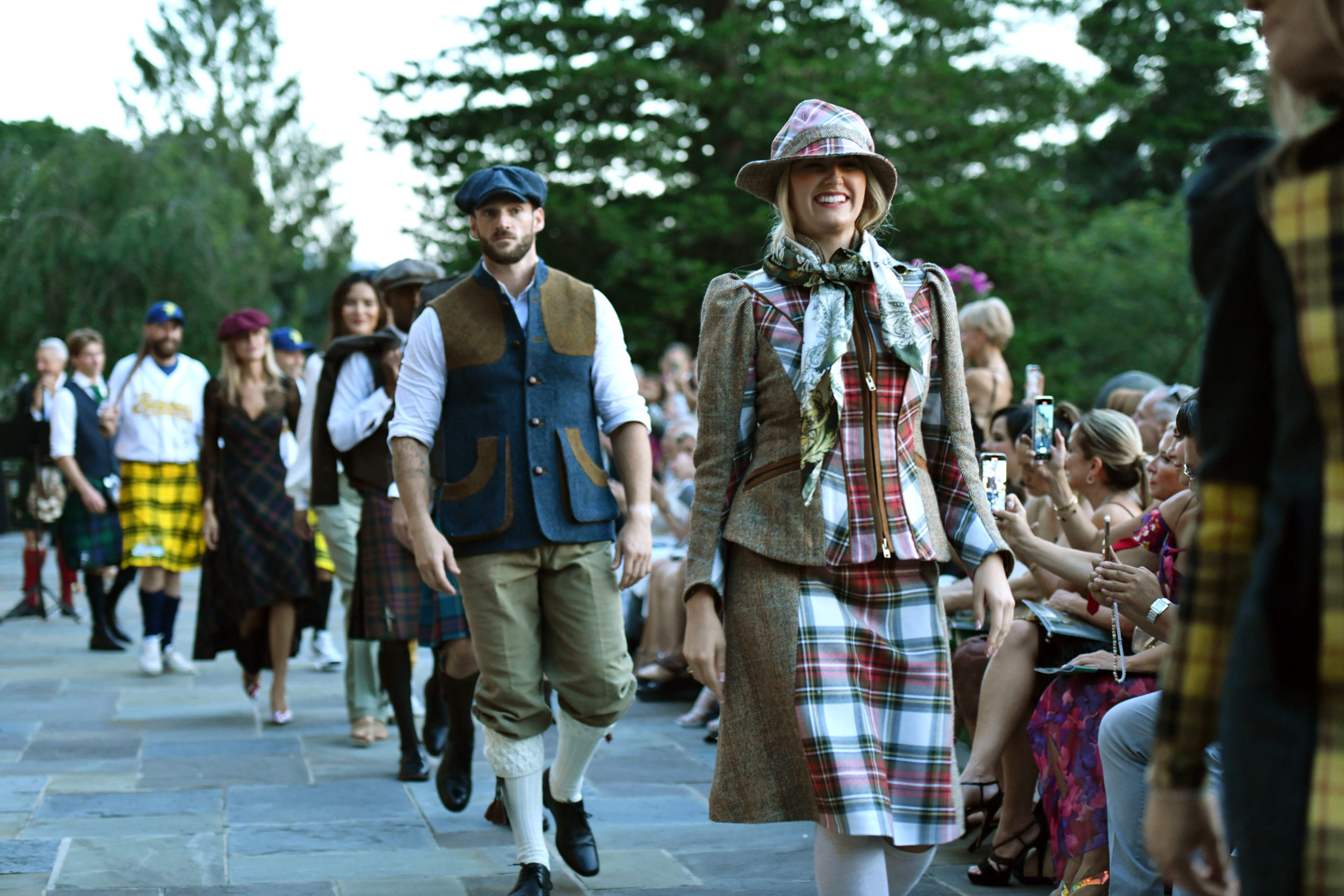 Charitable organisation, Friends of Scotland, brought back the famed celebrity fashion show Dressed to Kilt to the gorgeous estate at Mill Neck Manor in New York, filled with kilts,  kitsch, and heroes walking the catwalk. The fashion show featured designers from Scotland as well as outfitters for outdoor adventure matching the theme “Dress for Adventure: From the Highlands to the Hamptons.”

Military heroes, two medals of honour recipients, and Miss Scotland all graced the catwalk delighting the crows. The show featured a mix of fashion and fun surprises that delighted the audience and tug at heartstrings all aimed at raising money for the Navy Seal Foundation. Highlights included a riveting performance from Britain’s Got Talent alum Edward Reid, a QuietKat all-terrain e-bike that rolled down the runway, a model in Slanj Tartan underwear and models wearing the Savannah Banana’s kilt baseball uniforms.

The largest and most prestigious Scottish fashion event in the world

Dressed to Kilt was held at Mill Neck Manor, a beautiful estate located on Long Island’s Gold Coast with breathtaking views of the water. Dressed to Kilt has developed a cult-like following for those seeking some good Scottish fun and many celebrities with Scottish roots have dawned the catwalk from Andie MacDowell to Ivanka Trump. Proceeds from the evening benefited the Navy Seal Foundation.

From its genesis in 2003, Dressed to Kilt is now the largest and most prestigious Scottish fashion event in the world, and one of the highest profile fashion shows in the United States. We believe that fashion without the enrichment of diverse cultures become hollow. The show is produced by the Friends of Scotland charity which was co-founded by Sir Sean Connery in 2002.

In addition to supermodels, this show highlights very accomplished men and women on the runway and it is also filled with A-List celebrities and athletes from both sides of the Atlantic. In past shows Sir Sean Connery, Gerard Butler, Kiefer Sutherland, Kyle MacLachlan, Ivanka Trump and Donald Trump Jr., Chris “Mr. Big” Noth, Mike Myers and Craig Ferguson have all walked the runway. The charity has raised significant sums for the families of wounded veterans.