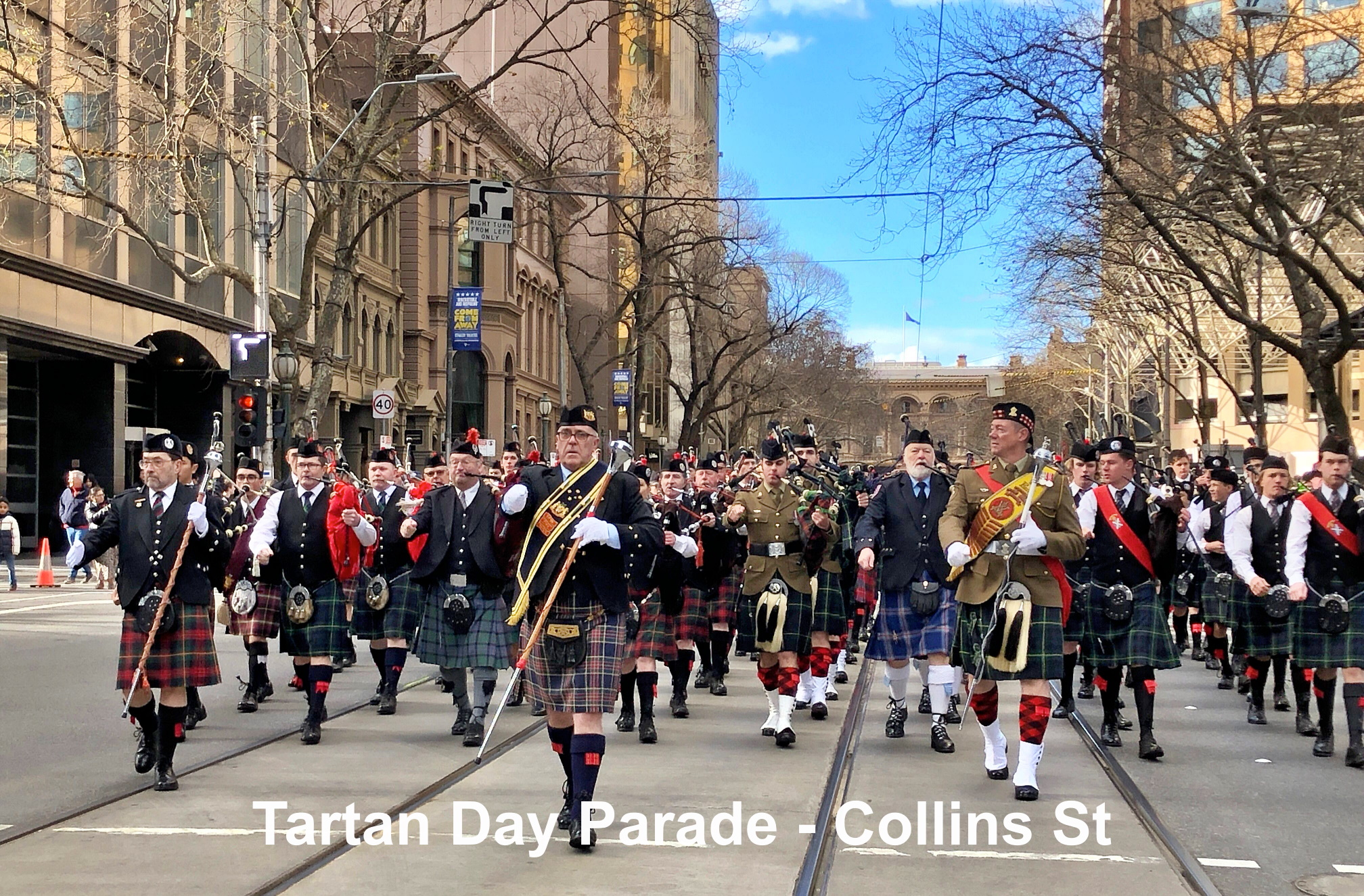 To put you in the mood for all things Scottish, we begin the festival with a lead-in event on Friday 17th June – The Westin Whisky Dinner experience. The Westin Melbourne’s Executive chef has created a five-course menu matched to five premium Single Malt Whiskies from some of the world’s finest distilleries.  The evening will be hosted by Whisky Ambassador Andrew Buntine, one of Australia’s most influential whisky professionals, who will guide you through this exquisite whisky journey.

The Scots’ Church in Melbourne Kirkin ‘O The Tartan service on Sunday 3rd July. The Clans and Associations procession is piped in carrying clan tartans. There is a reading in Scottish Gaelic and singing by the renowned Scots’ Church Choir.  Following the service and morning tea, curator and tour guide Kenneth Park will conduct a tour of the Scots’ Church and The Assembly Hall.

On Friday 8th July we welcome you to a rip-roaring traditional Scottish Jam Session at the home of Melbourne’s trad scene, The Last Jar Pub.  Sisters Tess and Luisa Hickey will lead the session and be joined by some of Melbourne’s best Scottish players. The musicians will transport you to Scotland with a toe-tapping mix of best-loved traditional tunes and popular contemporary ones. Book yourself a table for a meal and enjoy the vibe. Or BYO instrument and join in.  Free entry

Pop up performances will surprise and entertain city shoppers during the Festival. You never know where one of our performances will be, although we’re reliably informed that Sunday 10th July will be a good day to be in City.  There will be a pop-up performance in the Bourke Street Mall at 11.30am and dancing and music displays in Gordon Reserve from 11am-1.00pm.  At 2.00pm The Melbourne Tartan Festival Tartan Day Parade with 11 massed pipe bands will parade from Spring Street down Collins Street.

A Celebration of Scots Song

Following the success of their 2019 Taking Flight concert, Hawthorn Pipe Band returns for a night of piping & drumming.  The Legacy Concert is a special music tribute to the band’s long serving Drum Major and WW2 veteran, the late Bob Semple and features of mix of new and traditional pipe band music with folk inspirations.  Hawthorn is one of Australia’s top pipe bands and the ‘Legacy’ Concert will see the band at its’ best.  They’ll be joined by a line-up of special guests.

The Melbourne Tartan Festival Gala Dinner and Concert at Melbourne Town Hall is on Saturday 23rd July, a spectacular night of entertainment that has become a yearly tradition for some families.  You’ll be piped up the red carpeted staircase of the iconic Melbourne Town Hall for a grand black tie/kilted evening.  Be greeted with drinks and canapes on arrival, a traditional Address to A Haggis, a gourmet menu accompanied by outstanding traditional and contemporary concert style entertainment. Close the night out with Australia’s own, internationally acclaimed Celtic rock band Claymore.

The close-out event of the Festival is on Friday 5th August with the Caledonian Castaways Concert at Collingwood Town Hall.  The Caledonian Castaways are a group of ex-pat Scots drawn from Melbourne’s Blues/Roots scene singing amusing and heart-warming songs about Scots in Australia and back ‘hame’.  They wowed a packed National Celtic Festival with their original songs and cheeky renditions of some traditional Scottish tunes – ska, rocksteady, funk, blues, country grooves.

For full details and to book event tickets go to: www.melbournetartanfestival.com.au