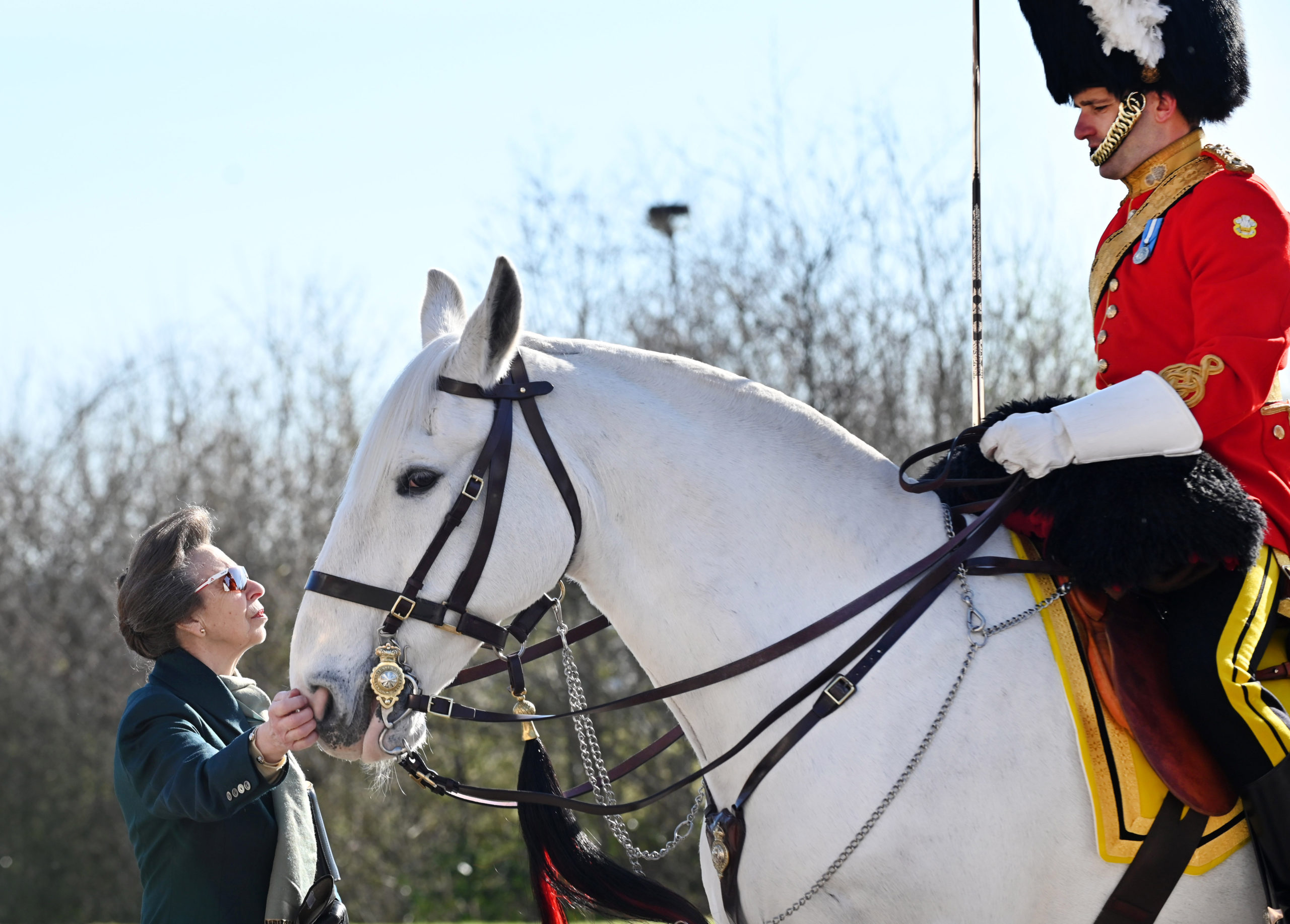 The British Horse Society (BHS) officially opened their new Operational Hub in Scotland with their Vice-Patron, Her Royal Highness The Princess Royal, who unveiled a plaque to mark the opening. The Scottish Hub, based at the Stirling Agricultural Centre, is also home to many rural organisations and activities including the famous Stirling bi-annual bull sales. The BHS is the largest equestrian charity in Scotland and the opening of the Hub will provide a prestigious base for its members, volunteers, stakeholders, and supporters in Scotland and the north of England to experience and champion best practice equestrianism.

To highlight the variety of stakeholders that the BHS works with in Scotland, HRH The Princess Royal saw a demonstration from Police Scotland Mounted Branch who work with the Society on Operation ‘Lose the Blinkers.’ The collaborative campaign is directed at all road users with the aim of reducing injuries and deaths because of vehicles passing too close or too fast to ridden or driven horses.

The event also included a display by the Pipe Band, and the Royal Scots Dragoon Guards who work closely with the Society. The partnership has been instrumental in developing equitation within the regiment. Others in attendance to celebrate the grand opening were members of the Moredun Foundation which the BHS funds to support research into equine grass sickness.

Helene Mauchlen, National Manager in Scotland for The British Horse Society said, “This is a huge step forward for the BHS with most legislation pertaining to the horse and equestrianism being devolved to The Scottish Government. By opening a new Operational Hub in Scotland, the BHS is accommodating a four-nation approach. It is a privilege and honour to have our Vice-Patron HRH here in Scotland to see the work of the BHS and to meet our members, volunteers, supporters, and stakeholders.”

The Princess Royal presented five BHS Awards to BHS volunteers and stakeholders on their contributions to the Society, as well as unveiling a plaque.

To find out more about the BHS and their work in Scotland visit: www.bhs.org.uk/Scotland