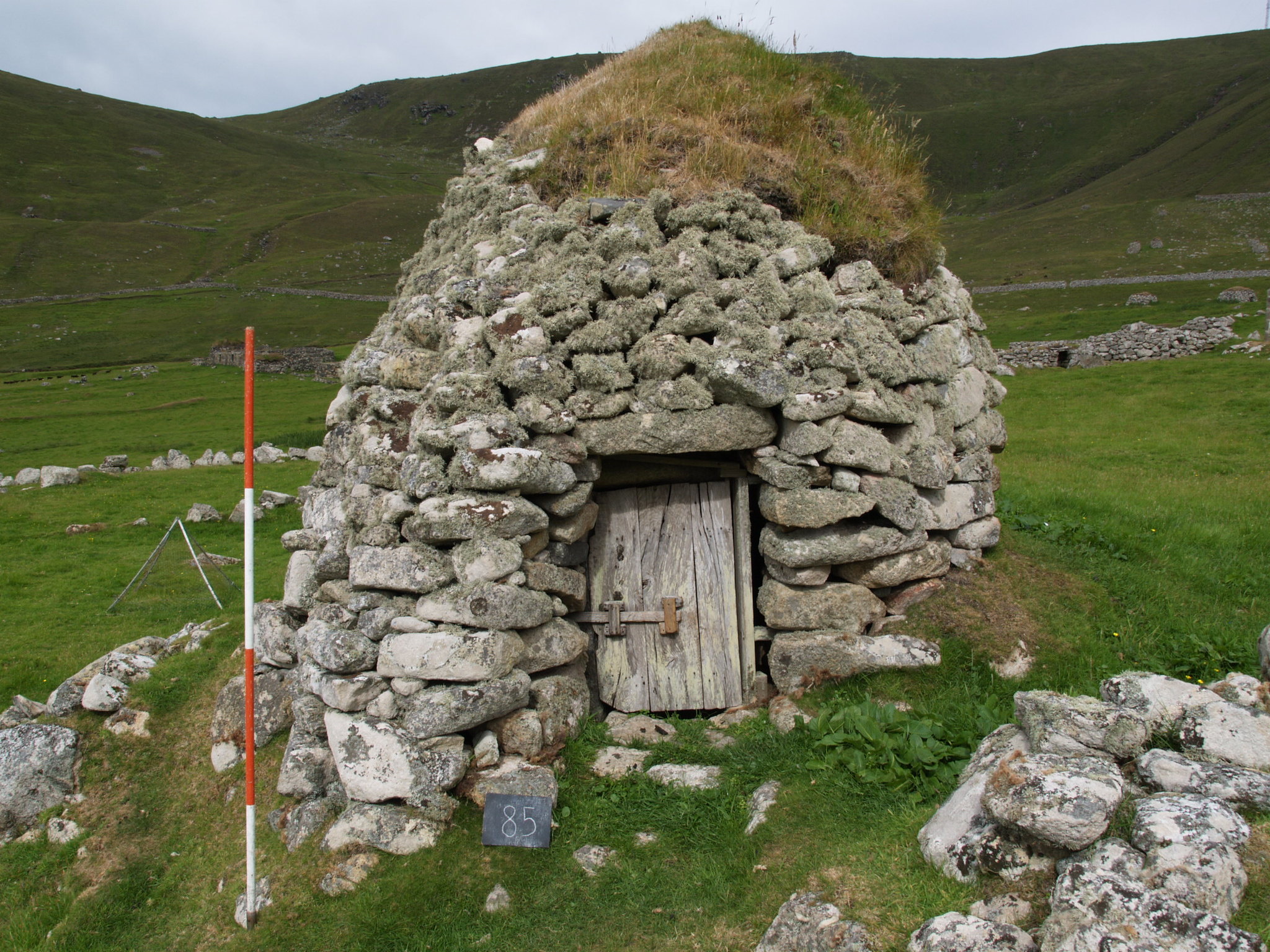 Conservation charity the National Trust for Scotland is piecing together the story of one of St Kilda’s most notable residents after winter storms caused the collapse of the stone ‘cleit’ believed to be built on the site of Lady Grange’s House. This particular cleit – a circular stone structure with a unique St Kildan turf roof – is thought to date from the mid-19th century, but may incorporate elements of the building where Rachel Chiesley was held from 1734 – 41. Lady Grange was sent to St Kilda by her husband James Erskine, a Jacobite supporter who feared his wife would expose his sympathies to the UK Government.

St Kilda’s main island Hirta has more than 1200 similar cleits which undergo an ongoing programme of monitoring and maintenance to keep them standing against the elements in this remote and exposed location, 40 miles west from the Isle of Lewis. The highest wind speed recorded in the archipelago was 144 miles per hour. Repairing the damage to Lady Grange’s House will be one of the most challenging tasks faced by the Trust in over half a century of conservation work on St Kilda, according to archaeologists.

The National Trust for Scotland’s Western Isles Manager Susan Bain said: “This is a fascinating structure, with a really interesting history and we now have an unparalleled opportunity to discover so much more about it. Over the coming months, we’ll not only be investigating the cause of the collapse, but we’ll also be able to analyse the building techniques and materials. We’ll also be able to get a really good look at the roof and take soil samples that will help us understand so much more about how the St Kildans created these unique buildings. We hope too to discover whether there are any elements of the earlier structure, where Lady Grange spent her time on Hirta incorporated into this cleit. Our records suggest that it has never previously been repaired but we’d love to hear from anyone who may have images of the structure that could shed light on its more recent history.  It’s never good when a structure sustains damage, but the Trust and our talented contractors are very experienced in dealing with these issues on St Kilda and making repairs on an ongoing basis. Without our work to protect and restore the buildings here, very few would still be standing. We are very grateful to everyone who supports our charity for helping make our work to conserve the UK’s only dual World Heritage Site possible.”

As well as seeking information from the public, the conservation charity is accepting donations to help with the cost of this investigation, analysis and subsequent repairs. Contributions can be made at www.nts.org.uk/caring-for-st-kilda.

St Kilda is the UK’s only dual UNESCO World Heritage Site and home to nearly 1 million seabirds, including the UK’s largest colony of Atlantic puffins. After 4,000 years of human presence on the island, St Kilda was evacuated on 29 August 1930 after the remaining 36 islanders voted to leave as their way of life was no longer sustainable. As well as more than 1200 stone cleits, there are also blackhouses and cottages, drystone enclosures, a church, schoolroom and manse, which are all designated as Scheduled Monuments.