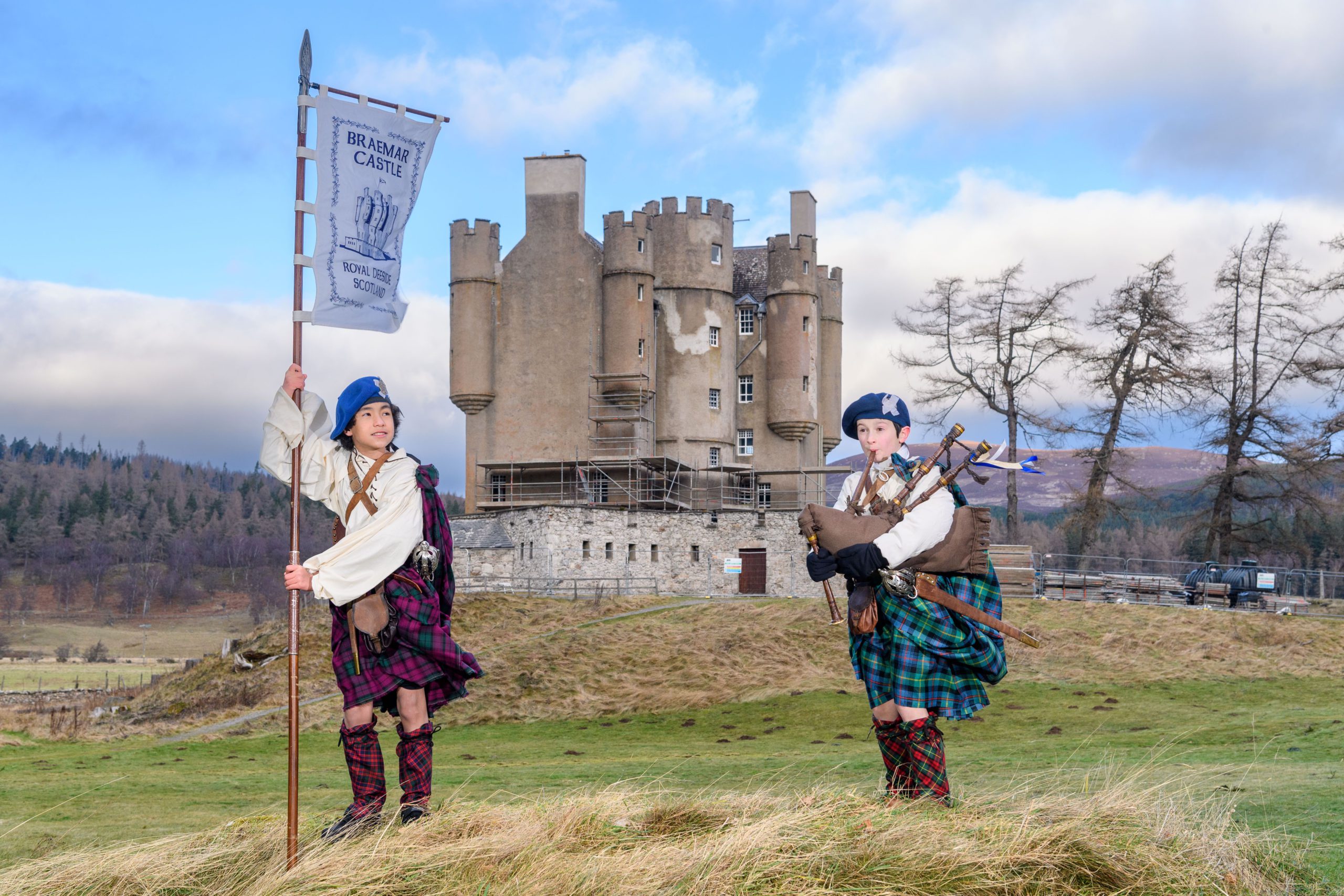 The local community behind Braemar Castle is celebrating a significant milestone as work gets underway to restore the historic building and re-develop its grounds. The community management team is delighted that, thanks to their fundraising campaign and the generous response of donors alongside support from the National Lottery Heritage Fund and Historic Environment Scotland, the programme of work can now get underway. A feature of the landscape for over 400 years, since 2007, Braemar Castle has been under community management (Braemar is the first community-run castle in Scotland), and aspirations for this historic site go far beyond simple restoration.

An iconic landmark in the heart of the Cairngorms National Park, the Castle has a fairy tale aspect with battlemented towers and turrets, a star shaped curtain wall and a bottle-necked dungeon.  Built in 1628 by John Erskine, 6th Earl of Mar, as his Highland hunting lodge, it was a target in the first Jacobite uprising in 1689, torched by the infamous “Black Colonel”,  John Farquharson of Inverey.  Following the Battle of Culloden, the Castle was used as a garrison for Hanoverian soldiers to suppress any lingering Jacobite support.  Now, the Castle’s future rests with the small community of Braemar, a village of just 500 residents.

The “Raising the Standard” project will enable Braemar Community Limited to advance their goal of conserving the 17th century castle as a visitor attraction.  But the plans will also create a community programme so that the Castle contributes to the future welfare of the whole region. An imaginative and far-reaching programme of learning and engagement will give opportunities for schools, charities and individuals to grow through creative activities both at the Castle as well as off-site.

Chair of Braemar Community Limited, Simon Blackett says: “We are grateful to our funders for recognizing the importance of this project and for supporting us in making our vision for Braemar Castle a reality. We, as a community group, have been gearing up to this moment for over 14 years and are delighted that capital works can finally begin in 2022. Our vision for Braemar Castle is much more than simply repairing and rebuilding walls, although that is a very important element of the work, it’s about breaking down barriers and reaching out into the local community and further afield, with initiatives that can help everyone, including some of society’s most vulnerable. After the impact of the past two years and the issues of uncertainty and isolation, mental health and wellbeing have never been more important.  This project will achieve a visually much improved Castle with the harling repaired but it will also take on the expanded role of engaging even more people with heritage.”

Braemar Castle has drawn visitors to the village since the early 50s, and since the community took over, has worked with schools and community groups on site but now a much more ambitious vision for community engagement and learning has been developed.  In future, it is anticipated that the Castle team will be welcoming greater numbers to Braemar for a more diverse programme as well as engaging more broadly with communities and groups across Aberdeenshire.

Fundraising continues to ensure that, on completion in 2023, the redeveloped Castle and its outreach activities have the greatest effect and impact across the North-East.

To learn more or donate to this ambitious community project please visit  www.raisingthestandard.org.uk