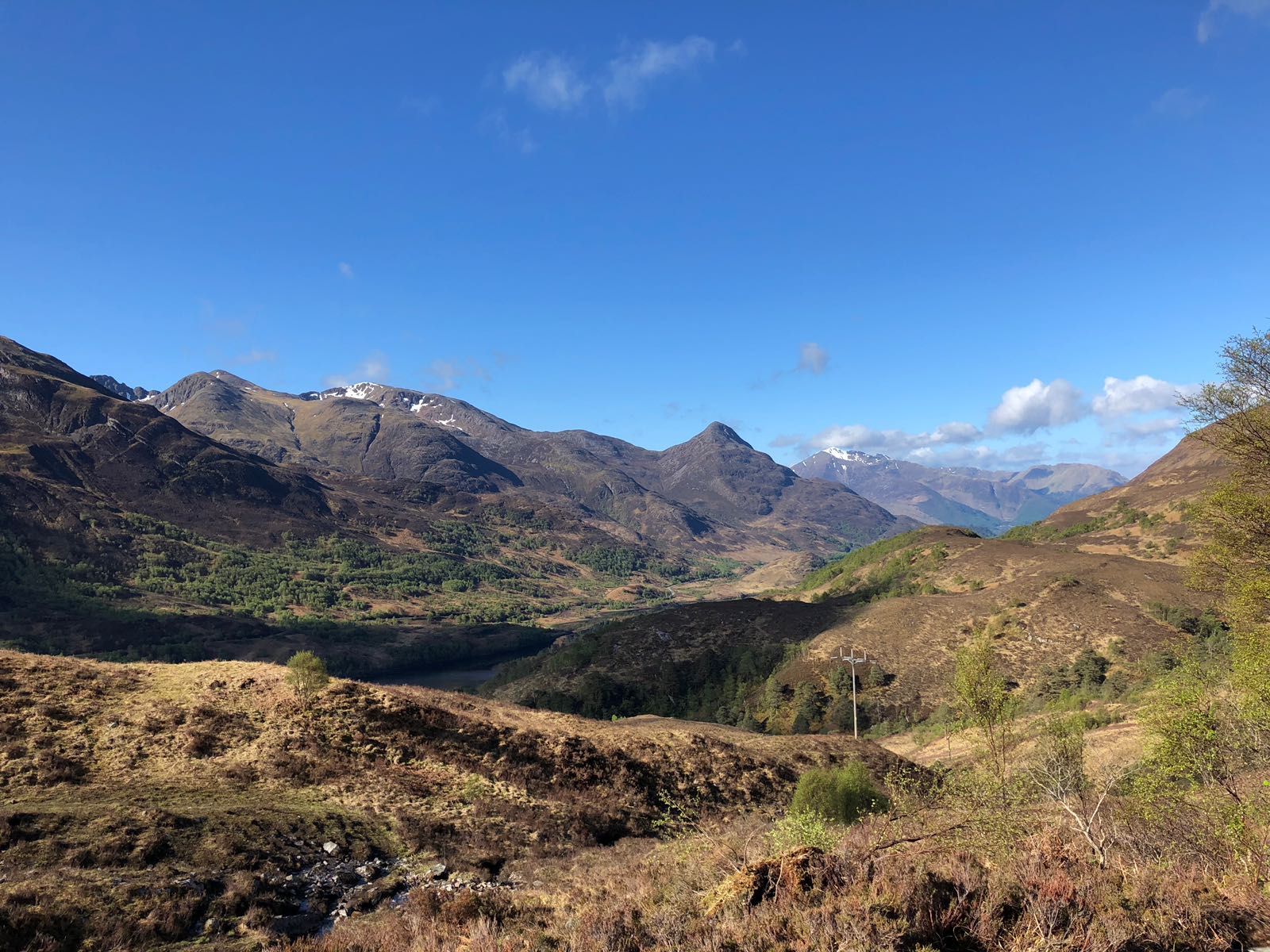 With a combined lifetime which would span a millennium, a group of sixteen friends aged sixty-plus are travelling from across the world to undertake the gruelling 96 miles of the West Highland Way. Stu’s Band of Brothers, most of whom first knew each other at school in Dundee, want to walk the long-distance footpath over some of the most beautiful and mountainous terrain in the UK to raise funds for Prostate Cancer UK, following the of one of their friends Stuart Fraser.

Stuart’s younger brother Garry said: “The name of our mission – The 1,000 Years Hike – derives from the sum total of our ages. We are travelling from across the world, from Scotland, England, Switzerland, Canada and Singapore. Few of us have the opportunity for regular walking in this kind of terrain, but some of the Brothers are experienced walkers with a couple who have already completed the Way.” Garry is one of the more experienced of the 16-strong group. “I’ve done the Way twice already, both times for charity,” he says. “And after the second I decided to call it a halt. You can get too much of a good thing! However, when I heard about this venture, I couldn’t say no to having another crack at it. Doing it with some of Stuart’s closest friends is an added bonus. Not only that, but Prostate Cancer UK was a great help to Stuart latterly, and I know hundreds of other sufferers have benefited from their support. So it was, as they say, a ‘no brainer’. I was a bit younger when I first did it, and all I really had to worry about was how to dodge midges. Now, my concentration is on dodging not only these wee beasties, but also avoiding sore knees and sore ankles! Still, we have our resident medic with us, a retired GP. I fancy he will have his work cut out!”

Stuart, originally from Dundee, passed away last September and for many of the group the challenge this May has a bittersweet feeling. Gordon Emslie was brought up in Broughty Ferry but now works in Singapore with a family home in Victoria, Canada. He says: “As an expat Scot and having been away from ‘home’ for forty-one years, the opportunity to walk the West Highland Way is undoubtedly a bucket list item. To have the pleasure to walk across Rannoch Moor, a place I have on many occasions remarked to be one of the most pleasurable and scenic places in the world, will be a great joy. Returning to Scotland even if only for a short time, it will be fantastic to reminisce and reacquaint myself not only with my long-standing (as opposed to old) friends but also with my great desire for haggis and bagpipes. Whilst it may not be the right time of year for the haggis, I will nonetheless keep an eye open for the beasties, if only on the local menus. The downside of this great adventure is that the walk is now in honour of our good friend Stuart Fraser. I know he will be with us on the walk which means we can expect a few thunderstorms along the way as he will no doubt introduce a few challenges for us. I can already see the wry smile on his face! He was a great friend, bringing laughter and support wherever he went. He was always quick with a quip but also possessed good common sense, keeping us all grounded.”

Bobby McMahon also moved to Canada from Dundee. He left in 1979 and has not returned since 1992, so catching up with old friends will be a big of the challenge for him. He says: there are a number of reasons he accepted a place: “The challenge, the comradery, reconnecting with friends that meant so much to me during the formative years (and continue to do so) and contributing to a great cause.” And he is no doubt Stuart would be thrilled if he was there: “He would be looking forward to this immensely and wondering what tricks and daftness he could get up to.”

The West Highland Way, from Milngavie to Fort William, is usually completed in six to eight, difficult days. As well as the mountainous terrain, the unpredictable Highland weather can often delay walkers, as well as testing their resolve. The official website warns: “The West Highland Way involves some strenuous hillwalking … at times the route can be quite remote from roads and services. So, it is essential that you are well prepared and take the right advice.”

Bobby hopes his training in Canada will put him in good stead. He says: “After living on the Canadian Prairies for over 40 years my Canadian wife and I moved to Kelowna in British Columbia last August. Within a couple of weeks we started to hike, and we have over 50 under our belts already. If we had stayed in Winnipeg all the training in the world would not have helped as the Prairies are as flat as a billiard table.”

Meanwhile, Gordon Emslie has also been training but not quite as intensively. He is, however, undeterred. He says: “I am not sure how this mixed bag of aging cronies will cope with the challenge however it will be fun, and I am certainly looking forward to the ‘wee saunter’. As for my fitness, apart from hacking out my own trails around golf courses I have undertaken little in the way of hiking since I was a member of the 10th Broughty Ferry Scout Group some 50 years ago. I anticipate my own personal challenge!”

To support Stu’s Band of Brothers on their quest to complete the West Highland Way, and to make donation, see: www.band-of-brothers.uk