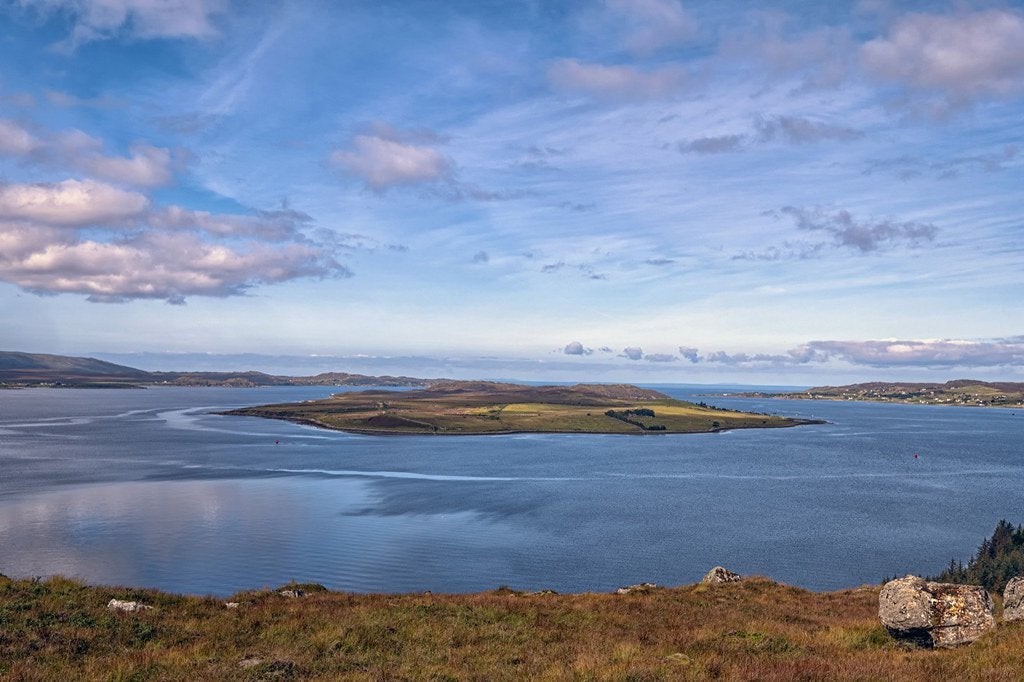 Tucked away in a secluded bay on Scotland’s west coast, the remote island of Gruinard concealed one of British Intelligence’s most deadly secrets for over half a century.  Gruinard Island is a small island approximately 2 kilometres (1.2 mi) long by 1 kilometre (0.6 mi) wide, located in Gruinard Bay. The island was selected by Second World War scientists as the perfect spot to test an anthrax bomb after the government of the day became anxious about Hitler’s capacity to develop biological weapons.  The experiment in 1942 was horrifically successful, in that it annihilated a flock of sheep and left the 520 acre island enshrouded in anthrax and out of bounds to any human being until 1990. Approximately 95% of people infected with anthrax die.

Even though particulars of the pollution programme were familiar locally, Gruinard’s importance was officially recognised in documents declassified in 1997. It was during the 1980s that Dr David Kelly (who tragically committed suicide after being involved in the controversy about Iraq’s weapons of mass destruction), was head of microbiology at the Chemical Defence Establishment at Porton Down and oversaw the operation to decontaminate the island.  Cleaning and purifying an entire island proved a mammoth challenge, but ultimately it was accomplished in 1986 with the help of 280 tonnes of formaldehyde dissolved in seawater.

On 24 April 1990, after 48 years of quarantine and four years after the cleaning of Gruinard, the island was certified as safe and four years later a local crofter, John Robinson successfully reintroduced sheep. According to the wartime newspapers, scientists concluded that anthrax had ‘enormous potential’. The wartime government was so taken aback by this statement that it declared that “these forms of frightfulness” should play no role whatever in the war effort.

Today you can take kayaking tours around the island and take it in its beauty. However some experts still today insist that the island will remain dangerous for several hundred years, as it is simply impossible to destroy the remnants of the anthrax in its territory.