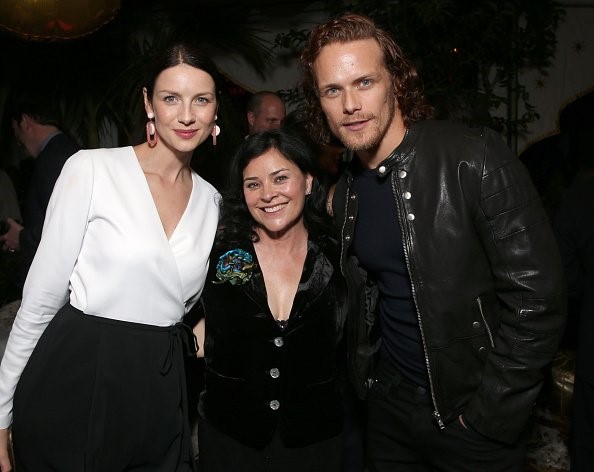 American author Diana Gabaldon has brought the romance and drama of Scottish history to life for more than 50 million readers worldwide with her bestselling Outlander novels. Gabaldon’s novels, and the Starz television series they inspired, tell the story of a British army nurse who mysteriously travels back in time to 18th century Scotland. Now, The National Trust for Scotland Foundation USA will recognize her extraordinary contributions to Scotland and America’s shared heritage by presenting her with the 2022 Great Scot Award at their 15th annual fundraising gala, A Celebration of Scotland’s Treasures, on April 14, 2022.

“2022 has been designated Scotland’s Year of Stories, and so it seems especially appropriate to honor Diana Gabaldon, whose stories have come to embody Scotland and Scottish culture for millions of readers and television watchers around the world,” said Helen E.R. Sayles CBE, The National Trust for Scotland Foundation USA’s chair. “We are delighted to have the opportunity to thank her for inspiring so many readers to explore and fall in love with Scotland.”

Ms. Gabaldon’s first novel, Outlander, was published in 1991, and the story has extended across eight additional New York Times bestselling volumes. Her books have sold 50 million copies in 39 languages and 114 countries. The latest and ninth book, Go Tell the Bees That I Am Gone, was published in November 2021.  Largely set in 18th century Scotland, many of the Outlander novels use actual historic events as the backdrop for Claire and Jamie Fraser’s romance. Some of these, including the 1746 Battle of Culloden, are historic sites now in the care of the National Trust for Scotland. In addition, National Trust for Scotland properties including Falkland Palace, Preston Mill, and the Village of Culross, have been used in filming the Sony/Starz television series based on Ms. Gabaldon’s work. The series stars Catriona Balfe and Sam Heughan, and its sixth season premieres on March 6, 2022.

Americans have embraced Scottish culture through their love of Outlander

“I have seen firsthand how Americans have embraced Scottish culture through their love of Outlander,” said Kirstin Bridier, executive director of NTSUSA. “Many Outlander fans have contributed generously to the preservation of National Trust for Scotland sites associated with the novels and television show – sites like Preston Mill. We could not ask for a better ambassador for our work.”

A Celebration of Scotland’s Treasures is a festive evening that features a whisky tasting by The Macallan; the recitation of Burns’ Ode to a Haggis by Alasdair Nichol, Chairman of Freeman’s auction house and a frequent appraiser on PBS’s Antiques Roadshow; Scottish country dancing; and live and silent auctions. Before heading home, guests form a circle, clasp hands, and sing Auld Lang Syne. The National Trust for Scotland cares for 100 natural and cultural heritage properties across Scotland, including several sites that commemorate historic events described in Outlander or used for filming the Sony/Starz television show.

The Great Scot Award will be presented on April 14, 2022, at The National Trust for Scotland Foundation USA’s first in-person fundraising gala since 2019. The National Trust for Scotland Foundation USA (NTSUSA) exists to support the work of Scotland’s largest conservation charity. NTSUSA makes grants for projects that protect Scotland’s natural, built, and cultural heritage on behalf of future generations. Since 2000, NTSUSA has committed more than $10 million in funding for the National Trust for Scotland’s most urgent conservation priorities. Donations to NTSUSA, a registered 501(c)3 non-profit organization, are tax-deductible to the fullest extent allowed by law. To learn more about NTSUSA or to become a member, please visit www.ntsusa.org.

To learn more about the A Celebration of Scotland’s Treasures gala, visit www.ntsusa.org/about-us/celebration-gala.