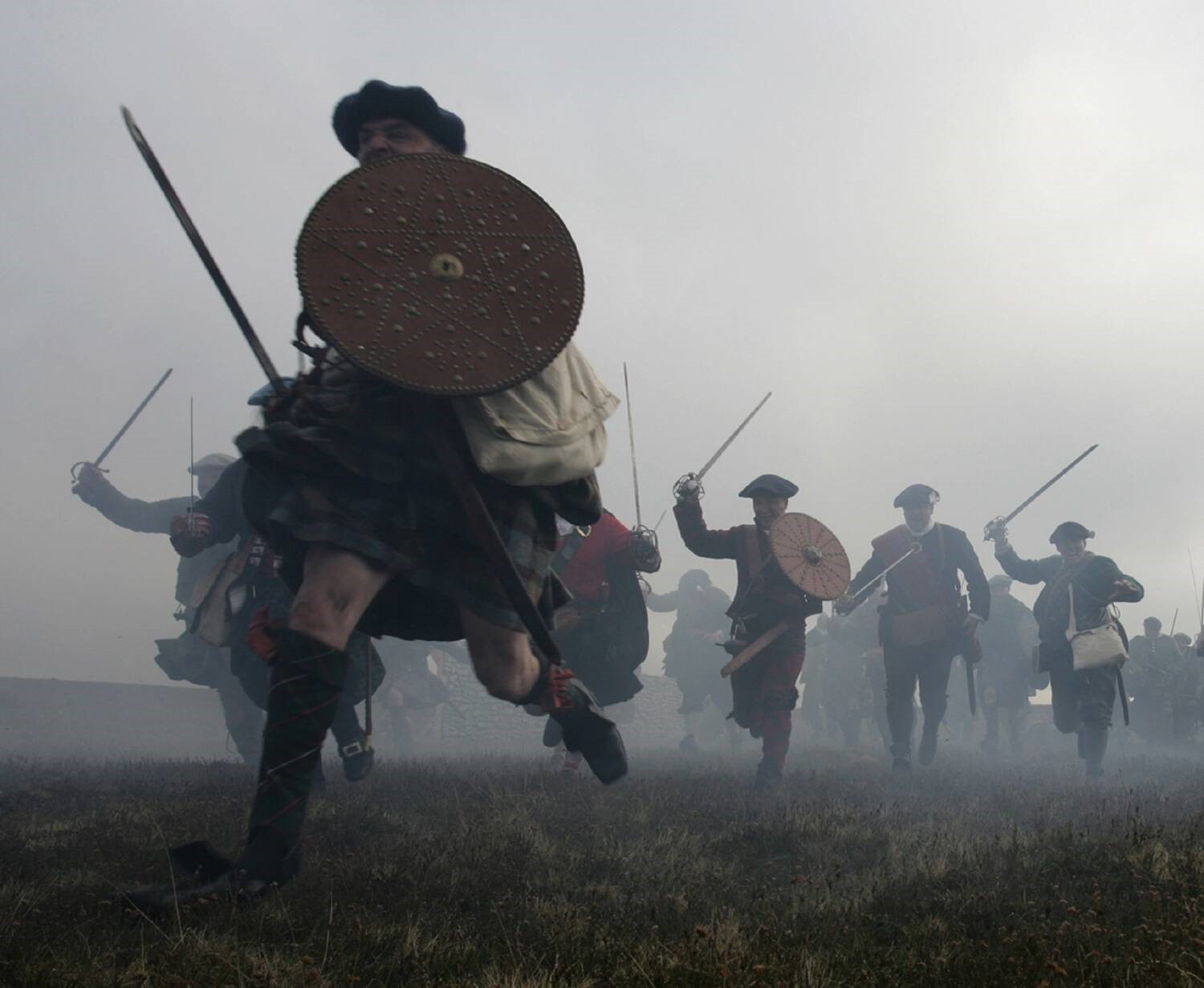 Researched and written by volunteers at Culloden Visitor Centre, ‘The Road to Culloden’ follows the deadly game of cat and mouse between Government and Jacobite forces, concluding with the Battle of Culloden.

Four volunteers at Culloden Visitor Centre – Peter Cowe, John Easson, Ewen Macniven and Emma Tautscher – spent months piecing together information from a variety of sources for the newly released The Road to Culloden podcast series. The script was then checked by the National Trust for Scotland’s historians before being given the seal of approval from Professor Murray Pittock, the Trust’s Scottish History advisor and a world expert on Culloden.

The 275th anniversary of the battle

Each 15-minute episode takes a different point of the story as its theme. A new episode will be released every few weeks until April 2022, marking the end of the commemoration of the 275th anniversary of the battle. These podcasts also mark the beginning of Culloden’s programme of ‘war stories’ – this will run over the next two years, tying in with VisitScotland’s Year of Stories 2022.

The Road to Culloden podcast has been supported by many experts and members of the public, all passionate about the history of both the place and the people, before and after the Battle of Culloden. We are deeply grateful to those who have shared their expert knowledge and to those who donated to make this series possible, including eminent military historian Christopher Duffy, Professor Murray Pittock, the National Trust for Scotland Foundation USA and donors to Culloden’s Fighting Fund. The Road to Culloden has been recorded by veteran broadcaster Clare English and a new episode will be released every 4 weeks.

At time of press five episodes are now available and episodes include:

1) Matters a-Rising! From political power struggles to dynastic divisions and civil war, part one of the Road to Culloden podcast, Matters a-Rising, positions the central players in the 1745 Rising and sets the scene for the battle for the throne of Great Britain.

2) Cat chases mouse, or does mouse chase cat? Take part in a deadly game of cat and mouse as Prince Charles and his Jacobites advance across Scotland, pursued by Government troops. Ambushes, subterfuge, and brutal skirmishes defined the opening salvos of the campaign and saw the rebel Prince take up residence in Holyrood.

3) The long way there and back. Following victory in the Battle of Prestonpans Prince Charles Edward Stewart’s eye turned to England and the next stage in the Jacobite Rising. Advancing into England at breakneck pace and with London in their sights, poor intelligence and internal squabbles would ultimately shape the Jacobites’ vision.

4) Decisions, decisions. An out-voted Bonnie Prince is forced to head home under duress as the momentum shifts in the 1745 Rising. Sensing blood, the Government marches north in hot pursuit, with ‘Rebellious Scots to crush’, but there was still hope and victories ahead for the Jacobite forces.

5) The Battle of Culloden and its immediate aftermath. Harried and hunted, the exhausted Jacobites gather at Drummossie Moor for what would be one final and emphatic confrontation. The final episode of the Road to Culloden takes us onto the battlefield and among the ranks for the battle and tells of its brutal aftermath, the effects of which still resonate today.

Listen to The Road to Culloden at: https://pod.co/the-road-to-culloden-podcast