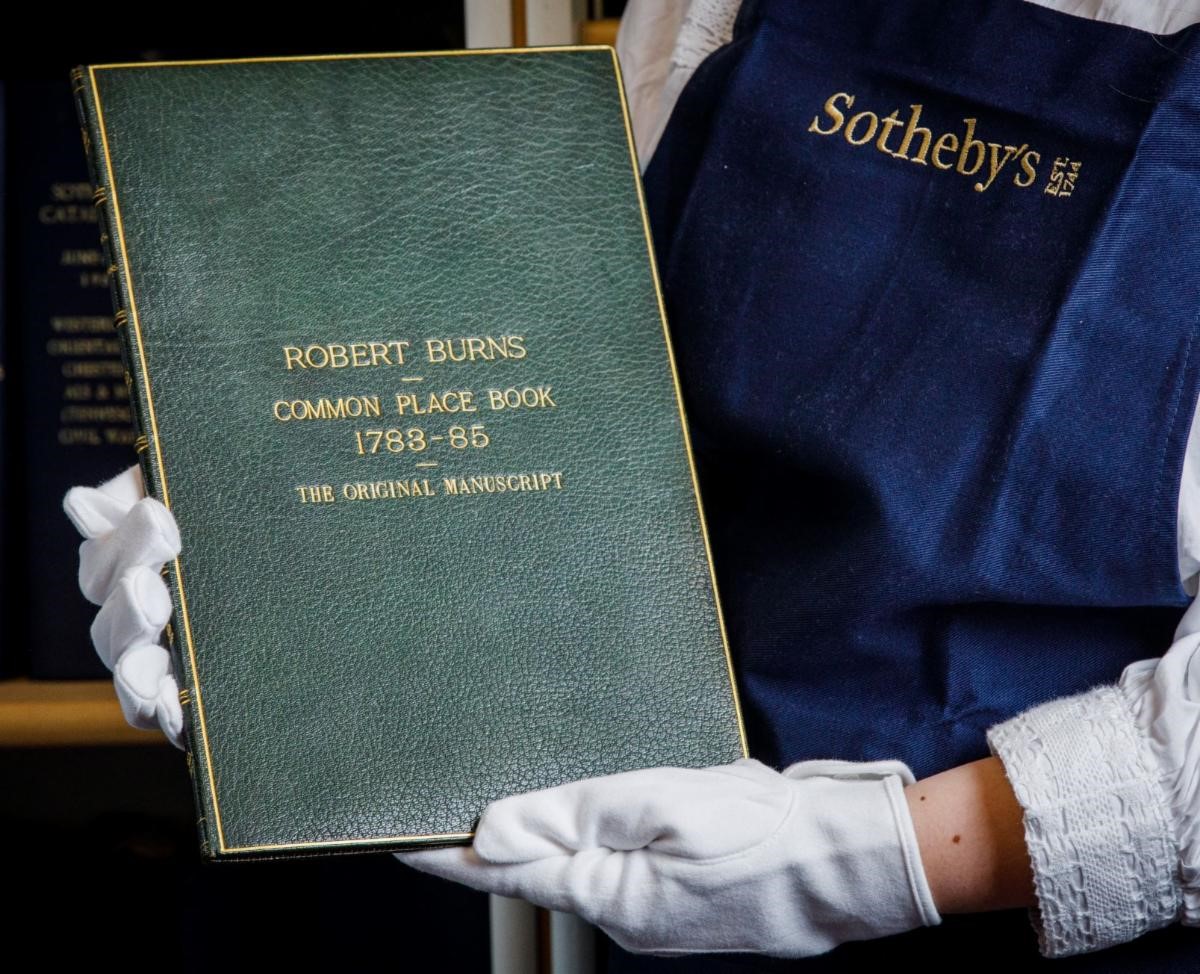 A trio of Scottish heritage organizations are asking American supporters for help to save some of the United Kingdom’s most important literary artifacts.

The Honresfield Library, a privately owned collection of manuscripts, letters, and first editions by British luminaries from Austen to Tennyson, was put up for public auction in London earlier this year.

The collection, which had been unseen by the public for almost a century, also includes Robert Burns’ earliest surviving poems in his First Commonplace Book and Sir Walter Scott’s handwritten manuscript for Rob Roy.

With the real possibility that these culturally priceless artifacts could be lost to private collectors or dispersed overseas, a consortium consisting of eight leading British libraries and museums, including Oxford’s Bodleian Library, the Brontë Parsonage Museum, and the British Library, was swiftly convened by The Friends of the National Libraries.

The collection’s current owners agreed to delay the auction and have given the consortium until the end of October to raise the $21 million (£15 million) needed to commit to the purchase. To date, the group has secured $10.5 million (£7.5 million).

The Scottish members of the consortium – Abbotsford, the National Library of Scotland and the National Trust for Scotland – have worked together to support the UK-wide appeal and have drawn up plans to bring collection items linked to Burns and Scott back to Scotland.

Now, the American Patrons of the National Library and Galleries of Scotland and The National Trust for Scotland Foundation USA (NTSUSA) are urging Americans who love Scotland to get involved.

If the money can be raised in time, the three Scottish consortium members will take joint care of the 40 items associated with Scotland in the collection, which have a combined value of $4 million (£2.75 million).

The pieces will be conserved so that they may be put on public display and made available for research. Plans for in-person and virtual programs, as well as loans to local venues in addition to regular and permanent exhibitions at the partners’ main locations, are underway.

Kirstin Bridier, executive director of NTSUSA, said: “Not only do we have the once-in-a-lifetime opportunity to help secure a remarkable collection of literary treasures for Scotland – we have the chance to make them public for the first time. The works of Burns and Scott are deeply significant to Scottish history and culture, and the impact of these writers is still felt around the world today. We are delighted to join this international effort to bring Burns and Scott home to Scotland.”

Peter Drummond-Hay, chair of the American Patrons of the National Library and Galleries of Scotland, said: “It is so rare for a literary treasure trove such as this to come to light and we cannot miss the opportunity to bring it into public ownership in Scotland. It is testament to the extraordinary importance of these items to Scottish culture and heritage that the three institutions have come together to launch this urgent international appeal and we are proud to support it.”

Time is running out to raise the funds needed. To learn more about the Honresfield Library appeal or to make a tax-deductible donation, visit https://ntsusa.org/protect/honresfield-library or www.americanpatrons.org