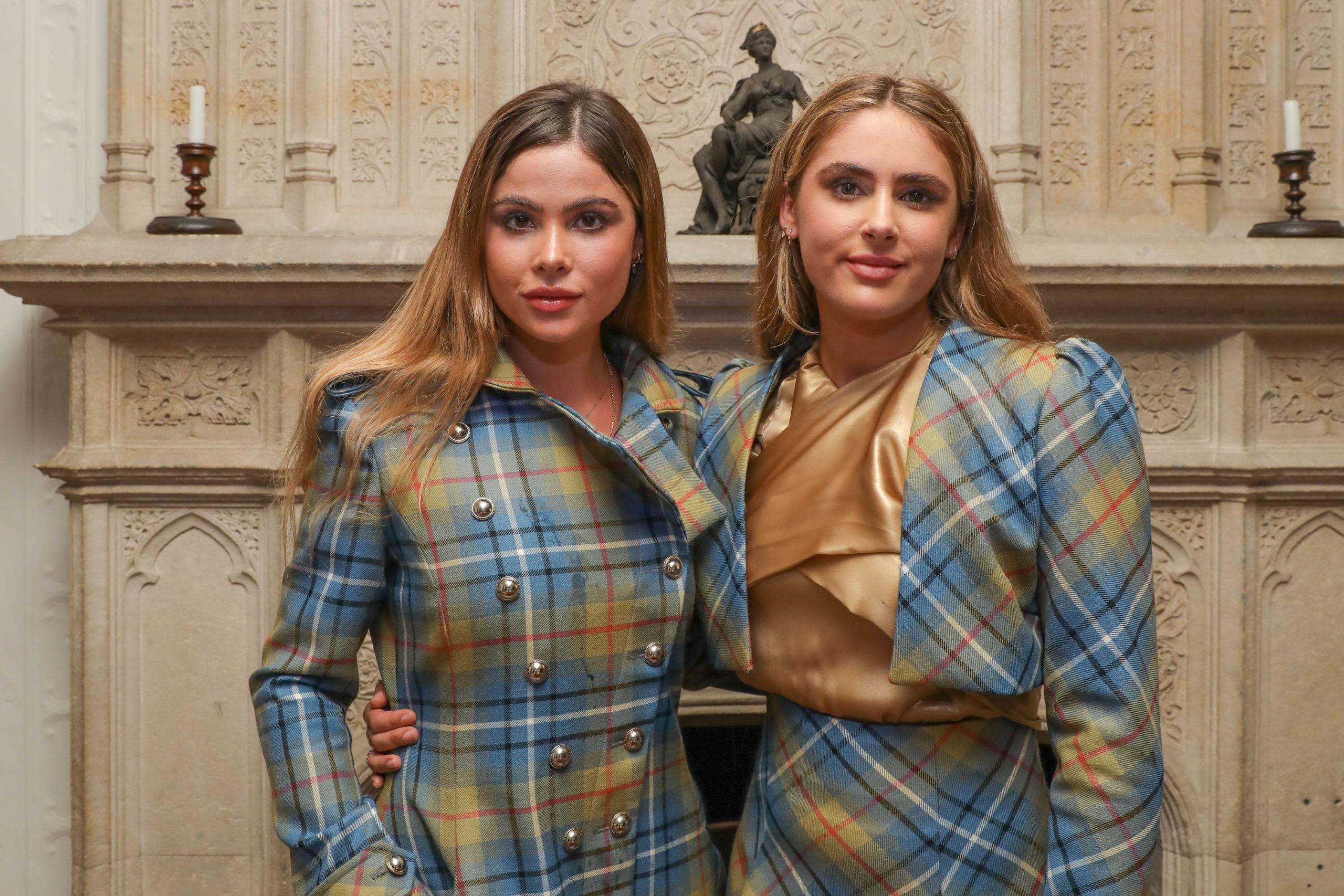 Kilts, craftsmanship, and love for Sir Sean Connery were on full display at this year’s Dressed to Kilt (DTK) after taking a hiatus due to COVID. The hugely popular Dressed to Kilt Scottish fashion show was held on Long Island, New York in July and the Sir Sean Connery Tartan was revealed to the public for the first time, modelled by his granddaughters in a stunning tribute.

The show featured an array of Scottish, Native American and Country Lifestyle clothing with the Sir Sean Connery Tartan unveiled as the show’s finale. Beautiful frocks made from the Tartan were modelled by Sir Sean’s granddaughters, Natasha and Samara Connery, and kilt was modelled by event co-founder Peter Morris. The tartan was designed by well-known Scottish tartan designer Mark Gibson working together with Sir Sean’s family; Lady Connery, Stephan Connery his son, and his granddaughters as a tribute to his life and Scottish heritage. It featured red, blue, and yellow hues as a tribute to Connery’s love for Scotland, the Bahamas, and France, where his wife is from. The audience was deeply touched by many of the personal anecdotes and memories from shows past with Sir Sean by show orators and Dressed to Kilt chairs, Dr. Geoffrey Scott Carroll and Peter Morris.

The Dressed to Kilt show is known as the media darling of Tartan Week in the United States. It was originally co-founded by the late Sir Sean Connery and in his honour, event chair and DTK co-founder, Dr. Geoffrey Scott Carroll arranged to have a new tartan designed for Sir Sean with input from his family. The Sir Sean Connery tartan was be debuted on the catwalk in a kilt produced by Glenisla Kilts and a bespoke coat and dress designed by Totty Rocks of Edinburgh.

The largest and most prestigious Scottish fashion event in the world

The show was held at the Mill Neck Manor Estate perched atop a rolling hill, about 25 miles outside of New York City.  The theme of the show was “Country Lifestyle Fashion,” everything from Downton Abbey to the Dakotas. The runway show celebrated Scottish, Native American, and Outdoor Lifestyle and culture with extra exuberance after the hardship endured over the last year.

From its genesis in 2003, DTK is now the largest and most prestigious Scottish fashion event in the world, and one of the highest profile fashion shows in the United States. We believe that fashion without the enrichment of diverse cultures become hollow. The show is produced by the Friends of Scotland charity which was co-founded by Sir Sean Connery in 2002. In addition to supermodels, this show highlights very accomplished men and women on the runway and it is also filled with A-List celebrities and athletes from both sides of the Atlantic. In recent shows Sir Sean Connery, Gerard Butler, Kiefer Sutherland, Kyle MacLachlan, Billy Connolly, Brian Cox, Martin Compston, Chris “Mr. Big” Noth, Mike Myers and Craig Ferguson have all walked the runway. The charity has raised significant sums for veterans and their families on both sides of the Atlantic.