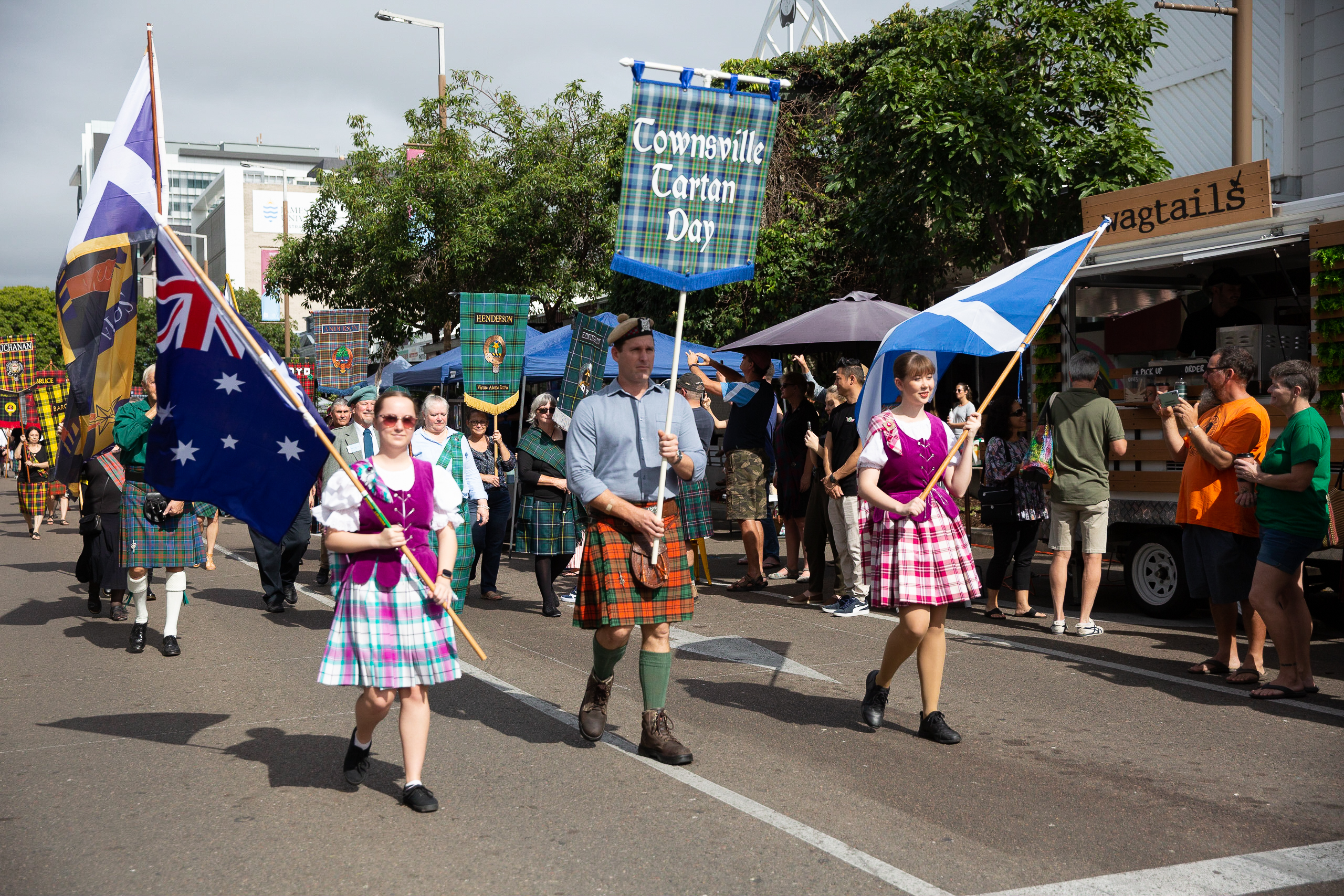 Townsville Tartan Day (TTD) was held on Sunday 13th June after a break last year due to Covid 19 restrictions, attracting an estimated crowd of 7,000 people between 8.00am and 1.00pm.

All sectors of the Townsville Scottish Community came together with great enthusiasm including Townsville and Mackay pipe bands, visiting musicians and vocalist from Brisbane, displays of Highland and Scottish Country Dancing, the TTD Stones (heavy event), family history searches, the Dogs of Scottish Breeds and many clan representatives.

The Honoured Clan was Henderson, and the special guest was Alistair Henderson of Fordell, Chief of the Name and Arms of Henderson and his wife Madame Audrey Henderson. A main feature of Townsville Tartan Day is the clan parade which was lead by the Townsville City Council representative, Councillor Kurt Rehbein and the Chief of Clan Henderson and the Clan Henderson contingent which looked resplendent with the Chief’s Standard flying in the morning breeze

A further 56 clans were represented in the parade, some with more than one clan banner which made a spectacular sight.  Each Dog of Scottish Breed also has its own banner to help the public become aware of the Scottish origin of very familiar dogs such as the Border Collie and Golden Retriever and to recognise some lesser known dogs such as the Cairn Terrier.

Townsville Tartan Day is now the feature event in what has become the Townsville Tartan Weekend, starting with a Meet & Greet on Friday evening, the Tartan Social (Scottish Country Dancing) and Clansmen’s Ceilidh on Saturday and Scottish Music Workshops on Sunday afternoon and evening.  This variety of events spread across three days makes it appealing to those who like to travel to attend a Scottish gathering and we hope to entice others to mark it on their calendar for June 2022.