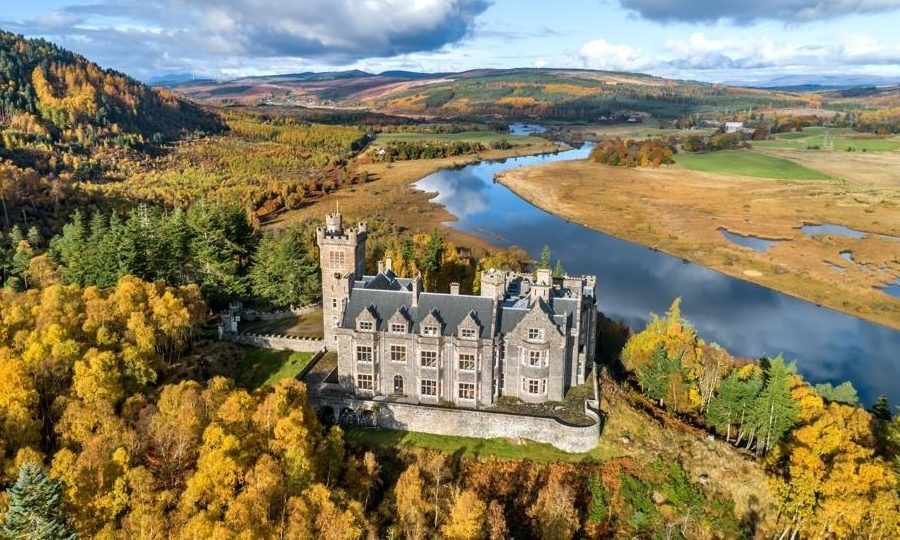 One of Highland Scotland’s most iconic Castles has been put on the market, providing a world-class residential or commercial development opportunity. Carbisdale Castle is an impressive and imposing large mansion house built in the Scottish Baronial style on a precipitous site above the inner Kyle of Sutherland with outstanding views in all directions and has 64 rooms (including 19 bedrooms and bathrooms). Carbisdale Castle was built between 1905 and 1917 for Mary Caroline, Duchess of Sutherland, the second wife of George Sutherland-Leveson-Gower, 3rd Duke of Sutherland, whom she married in 1889. Colonel Theodore Salvesen, a wealthy Scottish businessman of Norwegian extraction, bought the castle in 1933. He provided the castle as a safe refuge for King Haakon VII of Norway and Crown Prince Olav, who would become King Olav V, during the Nazi occupation of Norway in World War II.

During that time, the castle was also used to hold important strategic meetings. King Haakon VII made an agreement at the Carbisdale Conference on 22 June 1941 that the Russian forces, should they enter Norwegian territory, would not stay there after the war. Three years later, on 25 October 1944, the Red Army entered Norway and captured 30 towns, but later withdrew according to the terms of the agreement. In 1945 the castle was gifted to the Scottish Youth Hostels Association (SYHA). The castle remained in the ownership of the SYHA until the costs of owning and maintaining the buildings and its contents became untenable and the castle was offered for sale.  The six floor castle is also said to be haunted and is on the market for offers over £1,500,000.