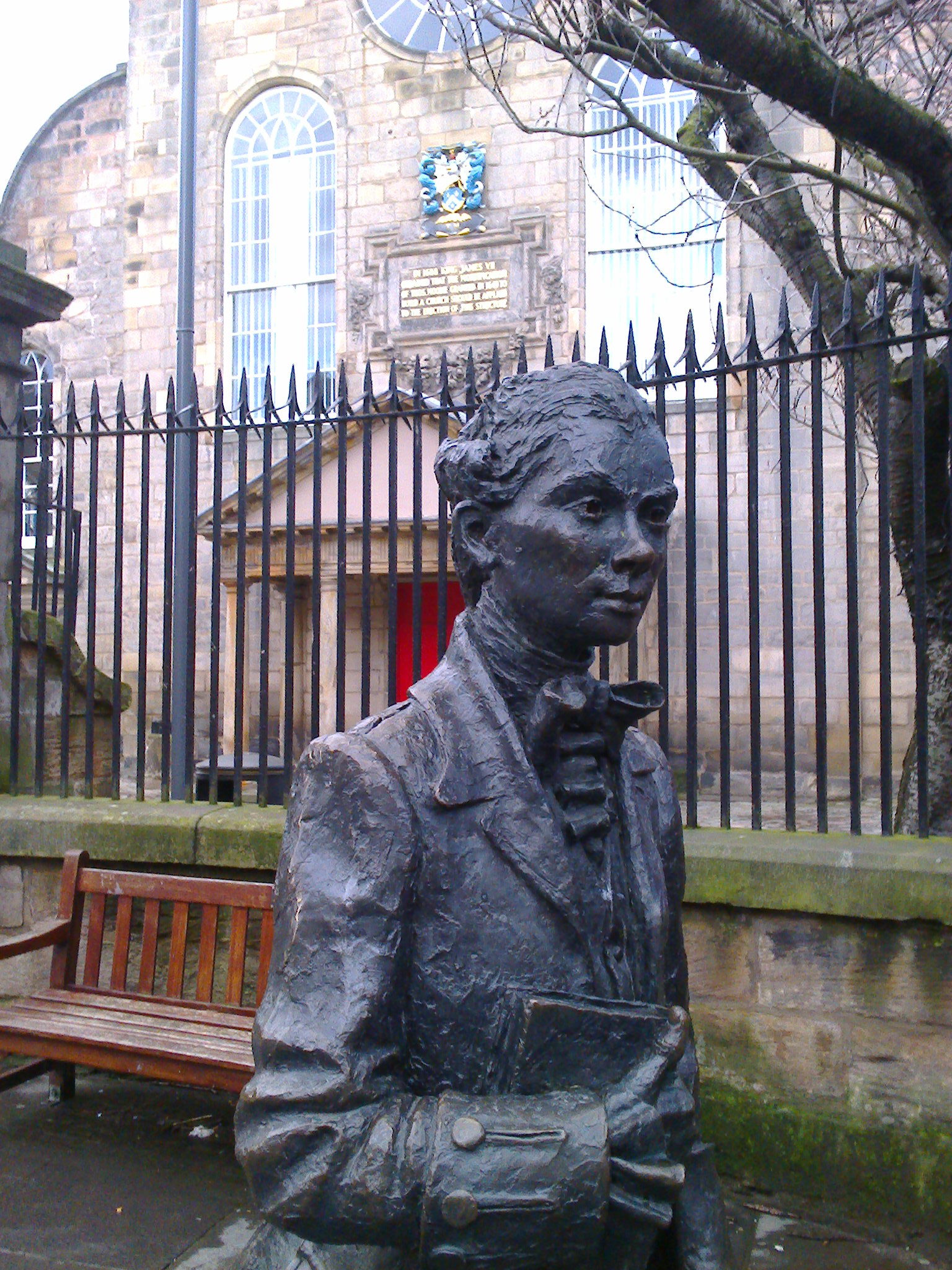 Robert Fergusson was a poet who inspired Robert Burns to take on the craft.  Fergusson, who wrote mainly in Scots, is still considered one of Scotland’s great poets and though he lived a short life his works still place him amongst some of the best Scottish literary figures as David McVey explains.

Edinburgh is full of literary memorials and literary ghosts. Everyone knows about the vast Scott Monument in Princes Street and the statue of Arthur Conan Doyle’s Sherlock Holmes in Picardy Place. Also well-known are the figures of Alan Breck Stewart and David Balfour, from Stevenson’s Kidnapped, in Corstorphine. And there are many more. One of them, a statue of a lesser-known poet, is often come upon by accident.