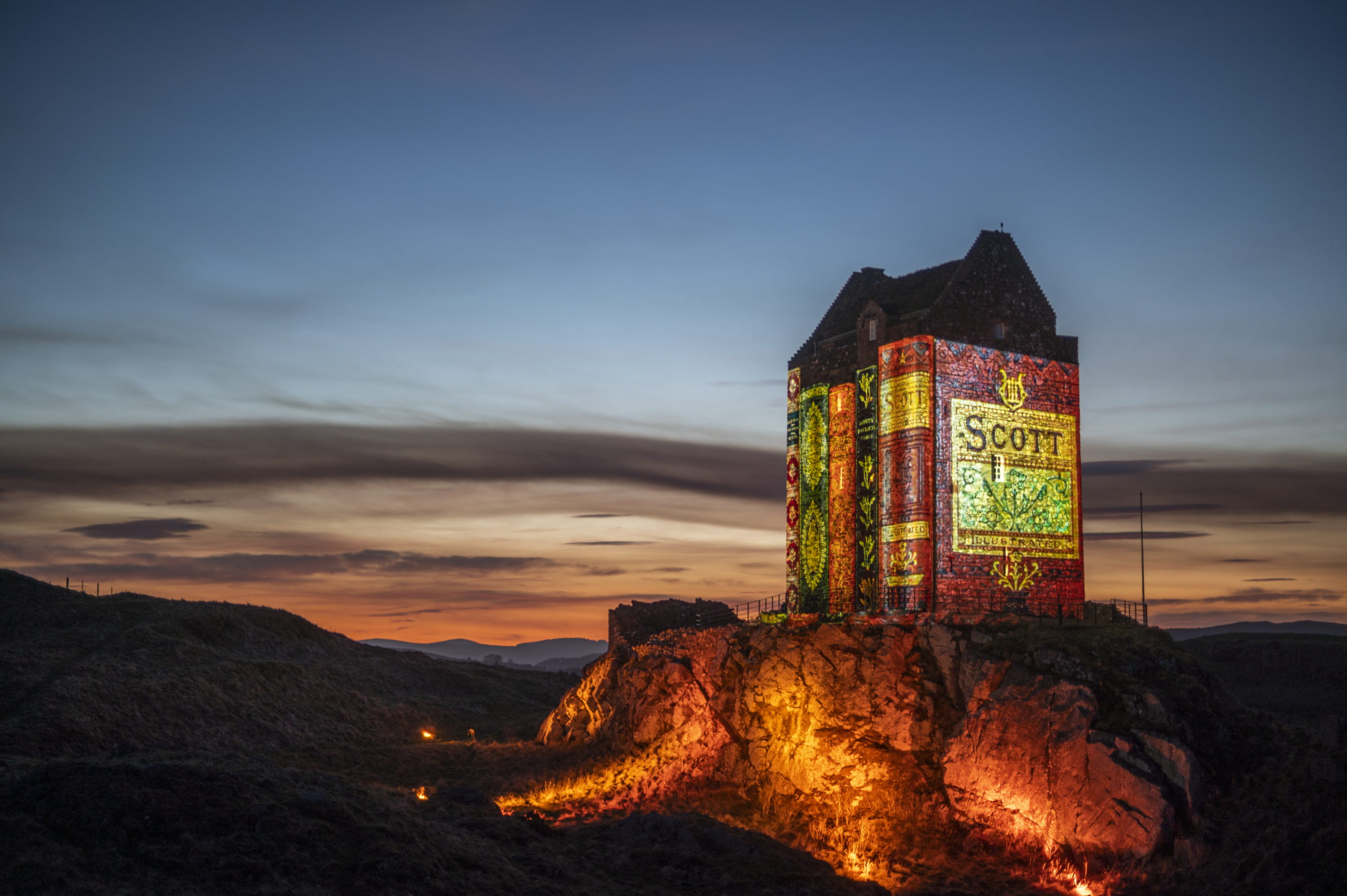 An international celebration for the 250th anniversary of the life and works of Sir Walter Scott gets underway this weekend (Saturday March 20th) with an online broadcast of a spectacular light show from the Scottish Borders.

Scott fans around the globe are being invited to view the stunning display at Smailholm Tower by visiting the website, www.WalterScott250.com, at 6pm (GMT) on Saturday, which is World Storytelling Day (March 20th).

The broadcast will feature well-known Scott enthusiasts, including Outlander author Diana Gabaldon who will share how Scott inspired her and what her writing has in common with the 19th Century author. This will be followed by the world premiere of a brand-new short film of the Young Scott, created by artist and director, Andy McGregor, which will be projected onto the 15th-century tower.

The 250th anniversary launch event is being funded by EventScotland and organised by Abbotsford, home of Sir Walter Scott, on behalf of the international Walter Scott 250 Partnership.

Smailholm Tower, which is owned by Historic Environment Scotland, was chosen as the location to start the celebrations because of its influence on Scott as a child. The tower is next door to the farm where Scott lived as a boy, and his early experiences here continued to inspire him throughout his life.

The programme for the launch evening is: 6pm Start of broadcast at: www.WalterScott250.com.