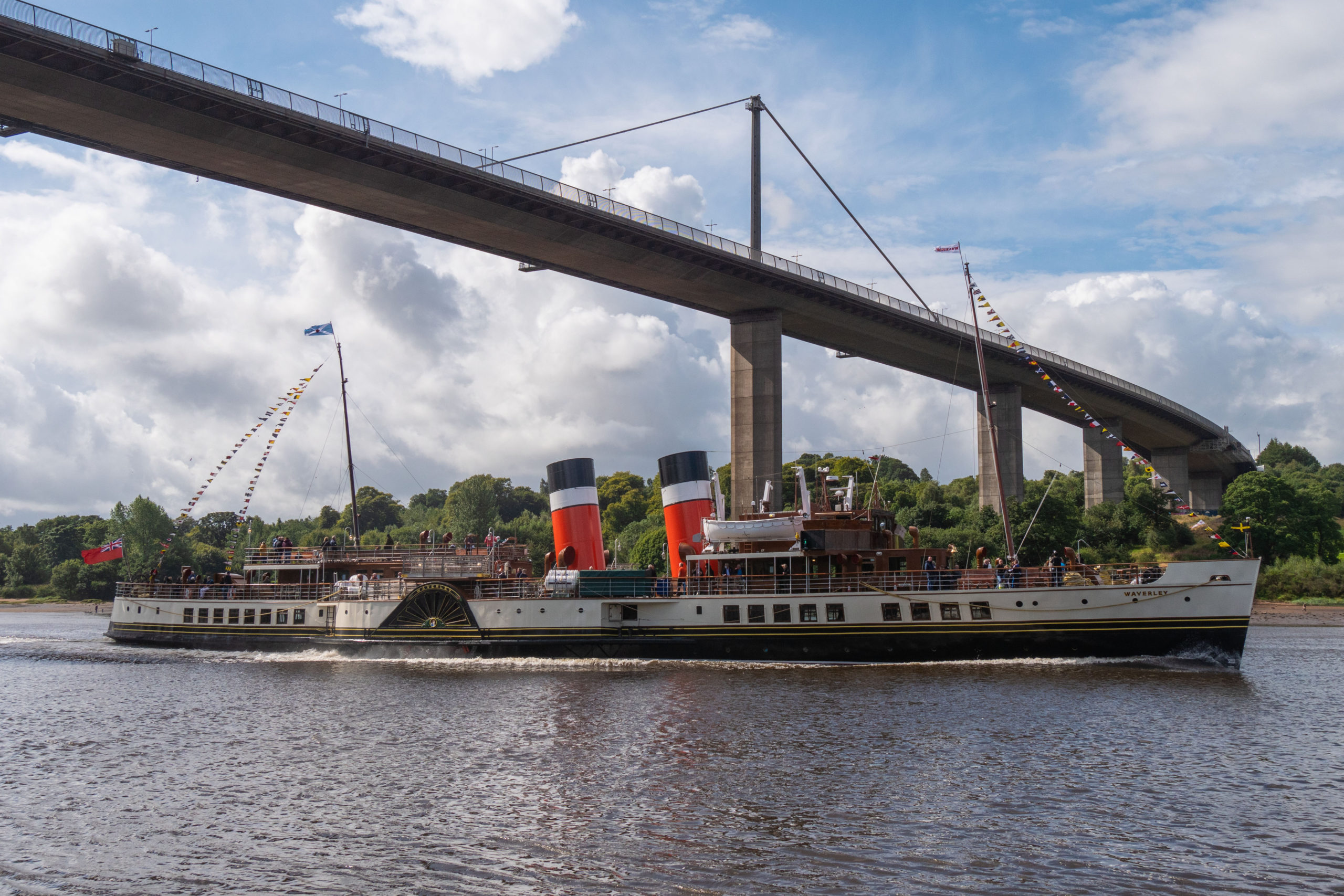 In the 1950s, tens of thousands of Scots left their homes to emigrate to Canada. In the years after the Second World War, poverty was rampant in Scotland, especially along the Clyde where the old industries of steel making, and ship building were struggling. The Glasgow area, in particular, sank into depression with little chance to find work or provide for your family. Canada offered hope.

The ships of the Canadian Pacific Line were well known on the Clyde, transporting Scots to and from Canada. The company also had deeper ties, coming to the shipyards on the river for many of the fine vessels for their Atlantic and Pacific routes as well as those for coastal and lake services.

The Paddle Steamer Waverley, built on the Clyde in 1947 and now the world’s last seagoing paddle steamer, had a role to play in this. Her job was to tender to the weekly service liners to Quebec and Montreal, boarding thousands of immigrants at Greenock’s Princess Pier, as pipers played. This duty was steeped in emotion for everyone as many left Scotland forever on-board Waverley to start a new life far, far away.

The last of the great Clyde paddlers

Waverley Steam Navigation Company – the Scottish charity responsible for caring for PS Waverley – would like to hear from anyone who remembers Waverley from this time. Did you take a steamer from Liverpool to Quebec and remember the little ships coming up alongside as you paused in Greenock? Or did you yourself take that journey from Greenock out to North America? If so, please drop us a line via email at [email protected]. We would love to see your pictures and hear your stories.

Waverley was built for the London and North Eastern Railway and entered service on 16th June 1947. She was built to replace the first Waverley who was sunk by enemy action at Dunkirk in 1940. The new Waverley was not viewed as particularly special at the time – she was not the largest of the Clyde steamers, or the most luxurious. In fact, when the Clyde steamers began to fall out of use in the 1970s, Waverley was not the first choice as a vessel to preserve. But as the last of the great Clyde paddlers, she was gifted to the Paddle Steamer Preservation society in 1975 for just £1. Over the past 45 years she has firmly established herself as a unique maritime attraction. She is the “Sole Survivor”.

Unfortunately, Waverley had to be temporarily withdrawn from service in May 2019 due to boiler issues. Following a highly successful public appeal and with support from the Scottish Government Waverley was reboilered, she made her triumphant return to service in August 2020.

The impact of Covid-19 has left Waverley lacking vital funds to meet the cost of her annual dry docking and maintenance to ensure she can return to service in summer 2021. Waverley’s Covid-19 Relief Appeal is open, donations can be made online at: www.waverleyexcursions.co.uk