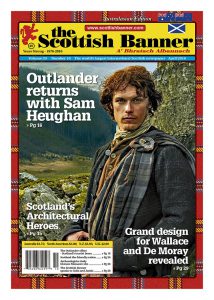 Having email has made the world a much smaller place and we are able to communicate quite freely with those close to us, wherever in the world they may be, providing of course they have electronics and electricity to ‘plug in’ to. Yet while we happily use our up to date devices in our homes and offices, we do continue to enjoy many of our older traditions. In this particular situation I refer to the old Scots tradition of highland games.

It is believed these festivals were started by clan chiefs in Scotland who held athletic competitions to support claims of superiority between Scottish clans, each chief claiming his men were stronger and faster than that of his rival.  This fierce rivalry has been traced all the way back to King Malcolm Canmore’s reign-as far back as the 11th century. In those long ago days the king would be in attendance at all athletic highland games competitions. Those found to be the strongest would eventually become the king’s messengers. Highland games hill races go all the way back to King Malcom’s reign. Although written documentation cannot be found, stories shared over the centuries indicate that these first races may have been held to determine the most fit to act as couriers for the King. Since the traditional Highlander cannot be traced back farther than the 14th century, one could surmise that the first highland games foot races were between area peasants with clansmen simply in attendance.

Legend also tells us that there were quite a few clans at these highland gatherings. One in particular was called the Braemar Gathering, which was a particularly special highland event for a couple of reasons. One was the location! It is well suited for being a hunting ground, therefore allowing hunting to be part of the event. Plus it was located in the hills, an excellent place for gathering locals. Braemar Gathering itself has the added attraction of having The Chieftain of the Braemar Gathering as Her Majesty the Queen, and for this very special Chieftain Her Majesty ensures the highland games are highly attended each year. International athletes will be among those taking part in the heavy and track events. Today those of us connected to highland games in any way are very aware of the name Braemar as it has become a special place in Scottish highland games and culture even today.

There are also those who believe that these initial highland games were no more than simple contests between Scottish clans. They were more a ‘rite of passage’. Some of some of these which the heavy events competitors added, such as caber tossing. Highland games have been held regularly for hundreds of years, from their inception in the 11th century. With the defeat of the Jacobite uprising, the British imposed the Act of Proscription, essentially outlawing the Scots culture, music and way of life. Even the kilt was banned during that time. Upon being held hostage by an oppressive British regime, many Scots immigrated to the colonies, either voluntarily or by force. This resulted in the traditions of highland games being spread to other British colonies including North America and Australasia. It was in the year 1819 in the Canadian town of Maxville, Ontario, the first highland games took place in the Americas.  In pre-civil war in America, Highland Games were routinely held in four locations only – they being Boston, New York, Philadelphia, and Newark, N.J.  In those early American highland games days there were just between twelve and twenty events to be watched during the festival. Some of them can still be seen even today, such as, hammer throw, caber toss and highland dancing. Detroit holds the title today of the oldest continuous games in North America, whilst in Australia Victoria’s Maryborough Highland Gathering has been conducted each New Year since its formation in 1857 and on New Zealand’s North Island the Turakina Highland Games began in 1864.

Soon after the Games were started in North America money became a factor. Cash prizes were being offered to winners of competitions. The Scottish heavy events have always been one of the most watched events at highland games, but the heavy events athletes had to be paid in order to attract more attendees to the event.  This resulted in the games having to charge admission.  Highland athletes soon spread throughout the west coast. Today Pleasanton, California hosts its own highland games as well as the US Caber Tossing Championships, the Heavy Events Championships, and several other highland games related competitions. This month will also see heavy events put to the test at the Brigadoon Challenge which will take place at the Bundanoon Highland Gathering in the NSW Southern Highlands of Australia.

The heavy events that make up most highland games, include the Scottish hammer throw and the 56 pound weight throw. The caber toss may be the most fascinating of the highland games events as it is both simple and demanding. Its origins can likely be traced back to Scottish loggers. While some believe that the event can be traced back to the loggers need to flip trees for their work. Other suggest that this activity had nothing to do with work related tasks, but was rather simply a measure to brute strength and a test of manliness. Either way, spectator’s fascination with this event is undeniable, and one could easily consider the highland games to be the best of Scottish sports and a sort of heavy event Olympics. Today highland games events are held across Scotland and the world some time or another. Scottish Banner readers can see our events page for a plethora of Scottish events such as highland games taking place both near and far. We hope readers make plans to attend these fantastic family events and support the great work these events do for the Scottish community.

This month across North America on April 6th Tartan Day will be celebrated and we encourage everyone to wear some tartan on this day. This is the 30th anniversary of this fantastic event which has its roots in Nova Scotia, Canada. Started by Jean MacKaracher-Watson and her husband Andrew the event has grown to be celebrated across North America and acknowledged by parliament for the great achievements Scots have had on the development of Canada and the USA. Our Australian and New Zealand readers can of course wear some tartan on April 6th but they will celebrate Tartan Day on July 1st. April also sees Outlander return to screens across the world and you will find some great Outlander content in this issue including our interview with Outlander star Sam Heughan. April certainly is looking to be another great month to celebrate Scotland!